Marsha and I would like to wish you all a very merry Christmas.

We, like many of you, have struggled over the years with how to infuse this holiday with a meaning beyond traditional stories and Christmas gifts.  Now that we are grandparents this search has taken on added importance.

I asked myself recently if it was in my power to grant young Sam any gift of my choosing, what would I give him.  After some thought I concluded it would be my wish to Infuse him with the virtue of honesty.  For with honesty he would always walk with the truth. 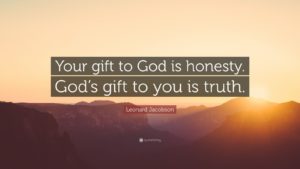 If Sam came to cherish honesty, then no matter his circumstances, his life would be a success.  By way of offering Sam this virtue I’d like to share a story.  It’s an ancient tale from an unknown source who a thousand or more years ago had a similar thought.  I share it with you as a Christmas gift.

An aging king woke up one day acutely aware of his own mortality.  He had no son, and his was a culture where only a male heir could take his place.

He decided that he would adopt a son who then could take his place, but he insisted that such an adopted son must be extraordinary in every sense of the word.  He considered each of his advisers and relatives in turn, but found them wanting.

So he launched a competition in his kingdom, open to all boys, no matter what their background.  Ten boys made it to the very top.  There was little to separate these boys in terms of intelligence and physical attributes and capabilities.

The king said to them, “I have one last test and whoever comes top will become my adopted son and heir to my throne.”  Then he said, “This kingdom depends solely on agriculture, so the king must know how to cultivate plants.  Here are seven seeds of grain for each of you. Take them home.  Plant and nurture them for six weeks.  At the end of six weeks, we shall see who has done the best job of cultivating the grain.  That person will be my son and my heir.”

The boys took their seeds and hurried home.  Each got a pot, prepared soil, and sowed his seeds.  There was much excitement in the kingdom as the people waited to see who was destined to be their next king.

In one home, the boy and his parents were heartbroken when the days stretched into weeks and the seeds failed to sprout.  The boy did not know what had gone wrong.  He had selected the soil carefully, he had applied the right quantity and type of fertilizer, he had been very dutiful in watering it at the right intervals, he had even prayed over it day and night and yet his seeds had turned out to be unproductive.

Some of his friends advised him to go and buy seed from the market and plant them.  “After all,” they said, “How can anyone tell seeds of grain one from another?”

But his parents, who had always taught him the value of integrity, reminded him that if the king wanted them to plant just any grain, he would have asked them to go for their own seed.  “If you take anything different from what the king gave you that would be dishonest.  Maybe you are not destined for the throne.  If so, let it be, but don’t be found to have deceived the king,” they told him.

The appointed day came and the boys returned to the palace, each of them proudly exhibiting a pot of healthy seedlings.  It was obvious that the other nine boys had great success with their seeds.  The king began making his way down the line of eager boys and asked each of them, “Is this what came out of the seeds I gave you?”  And each boy responded, “Yes, your majesty.”  And the king would nod and move down the line.

The king finally got to the last boy in the line-up. The boy was shaking.  He feared that the king might have him thrown into prison for wasting his seeds. “What did you do with the seeds I gave you?” the king asked.

“I planted them and cared for them diligently, Your Majesty, but alas they failed to sprout,” the boy said.  He hung his head in shame, and the crowd jeered.

But the king raised his hands and signaled for silence.  Then he said, “My people, behold your next king.”

The people were confused.  “Why that one?” many asked. “How can he be the right choice?”

The king took his place on his throne with the boy by his side and said, “I gave these boys boiled seeds.  This test was not for cultivating grain.  It was a test of character, a test of integrity.  It was the ultimate test.  If a king must have one quality, it must be that he should be above dishonesty.  Only this boy passed the test.  A boiled seed cannot sprout.”

Sam, if you remember anything, remember this: 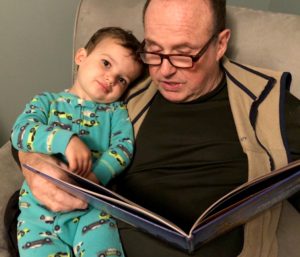 One thought on “A Christmas Gift”