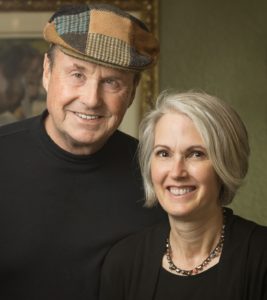 The very first Just a Thought was written on July 15, 1962, on the occasion of my father’s funeral.  I remember sitting in St. Anne’s Church in Seattle, frozen in silence, engulfed in dread, lost in a living nightmare.  I found myself reaching for the paper and pencil I saw stationed by the hymnals.  I began writing down what I heard and what I thought about during that funeral service.  The sheer act of transcribing my thoughts during this oh, so sad, event served the purpose of calming my frazzled 13-year-old nerves. Getting what was inside of me pushed out was how I began to get through the loss of my father.

What was born at Dad’s funeral was the means of carrying on an ongoing conversation with myself.  Sadly to say, it was shortly after Dad’s funeral I took my first drink and discovered I could drown my fears and sorrows into oblivion.

So began a titanic struggle within me – would I live to experience the uncertainty of life with a clear head, or would I shroud my experiences in a foggy haze?

For the better part of two decades I selected the latter.

When I joined the ranks of fellow travelers on the road to recovery in 1985 I discovered this form of reflection would become central to my staying sober.  I would find sobriety through re-engaging a conversation with myself I began on the church pew at my father’s funeral.

Shortly after my brother Stephen passed away in 2009, I began writing daily reflections on sobriety.  I sent them by email as a means to stay connected with a young man I was sponsoring who lived some distance from me.  Gradually, my circle grew to include others in recovery, and then to family, friends and others outside the recovery community.  In 2015 an old buddy of mine, Geoff Nixon, suggested I take the spiritual exercise that had become Just a Thought and turn it into a blog.  It has been through his encouragement and the technical talents of his son-in-law Mati Cachionne that the Just a Thought blog was born.

What I hope we have created is the means of carrying on a dialogue that extends beyond the boundaries of recovery and into the world of sober living.  The thoughts we share are of what we see, think and feel, and in the very act of sharing we add something to the sum total of our life experience.

I’d like to think that if my father’s passing has meant anything, it might be found in the experiences that are passed around among us in Just a Thought.