We first published this post two years ago. It’s seems particularly important in the current moment that we revisit Lamp Lighting. Some time ago, I had reason to visit my doctor.  I’ve been seeing Althea for more than twenty years and she is among the most knowledgeable people I know.  She is a practitioner of Oriental Medicine and an herbalist of considerable note.  Beyond everything else, … END_OF_DOCUMENT_TOKEN_TO_BE_REPLACED

Noble fathers have noble children. ~ Euripides  I recently attended a meeting where men shared intimate stories about their relationships with their fathers.  Some felt broken and bruised by their fathers, others told of fathers who provided protection and tender loving care. Then there were the stories of “adoptive” fathers, the self-selected fathers who were stand-ins for absent or deceased fathers, or who provided supplemental … END_OF_DOCUMENT_TOKEN_TO_BE_REPLACED

“A Native American elder once described his own inner struggles in this manner: ‘Inside of me there are two dogs. One of the dogs is mean and evil. The other dog is good. The mean dog fights the good dog all the time.’ When asked which dog wins, he reflected for a moment and replied, ‘The one I feed the most.’” ― George Bernard Shaw

So how does one go about feeding the good dog?  When did you discover you even had a good dog?  Maybe it was the day you found your conscience. 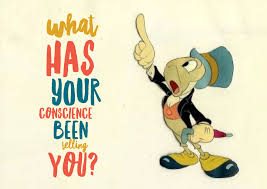 I remember when I found mine.  I was six and my friend Steve Albright and I played a game where we hid in the bushes next to the gully bridge, and as cars passed, threw rocks at them hoping to get a reaction.  Some cars swerved, some stopped.  A time or two a driver came after us but we ran into the gully, never to be found.

Until one day we got caught.

I had thrown a rock and it passed through an open window and hit the driver.  He brought his car to a screeching halt, jumped out and gave chase.  We ducked into the gully, tore down the embankment and headed for home.  The driver fixed his sights on me and followed.  He caught me just as I entered my backyard where my mom was hanging out clothes to dry.

The man gave Mom an earful, telling her how I nearly caused him to lose control of his car.  He was positively livid and threatened to call the police.  Through it all Mom kept her composure.  She showed genuine empathy for the driver and repeatedly apologized, letting him know she understood his anger and would make sure the matter was taken care of.  He agreed to let her handle things and left feeling he’d made his point.  Now it was Mother’s turn to weigh in.

She delivered a lesson for the ages.  Mom had me sit down by the clothesline.  She knelt down, took me by the shoulders, looked directly at me, and in a quiet, calm voice said, “You are going to sit right here for a while.  I want you to think about the driver, and think what it was like to have been like to have been hit by the stone you threw.” 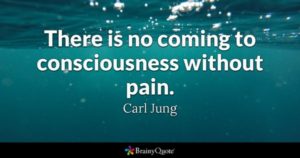 Mother left me for maybe twenty minutes but during that time I experienced a number of firsts:

First time I experienced my conscience talking back to me.

There I was, sitting by the clothesline with Dad’s wet shirt flapping in my face, experiencing a world that wasn’t revolving around me, but instead a world shared with others.  I remember at some point I began to cry, but my tears were not for myself but for the driver of the car whose life I had violated.

For the first time I was conscious that someone else’s feelings mattered just as much as mine and Mother, by resisting the temptation to act on her anger, enabled me to find my own conscience.  I never again threw rocks at cars.

There would come to pass many times

Fortunately, when I needed a clothesline, one would often appear and I’d find my conscience, and with it my good dog who I remembered to feed. 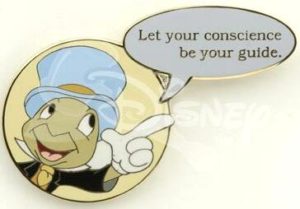 Originally published December 17, 2016. The other morning as I sat nestled in my easy chair with the New York Times harrumphing at the latest outrageous headline, I heard a high-pitched squeal coming from the dining room.  I bounded out of my chair to see what was going on. There was Marsha, bent over, examining one of her many plants. “Come see my new baby,” … END_OF_DOCUMENT_TOKEN_TO_BE_REPLACED

I recently visited the cemeteries and grave sites of my family.  Each soul is sacred and with each grave stone there is a story.  Taken together they represent my ancestral identity.  I do not inhabit this world alone; my family was assigned to me without my consent.  My ancestral identity surrounds me, and there is no escaping their presence. At Holyrood Cemetery lies my father’s father, … END_OF_DOCUMENT_TOKEN_TO_BE_REPLACED