“Our great democracies still tend to think that a stupid man is more likely to be honest than a clever man, and our politicians take advantage of this prejudice by pretending to be even more stupid than nature made them.” ― Bertrand Russell

I wonder whether this prejudice has not brought us to a crossroads where we’ll choose either to travel back to a time that never existed, or forward to a future we can hardly imagine.

The liberal traditions which have been the bedrock of our republic are under attack and so it now feels like we’re oscillating between two opposing evils: tyranny and anarchy.

Who are we as a nation and — what have we become as a people? 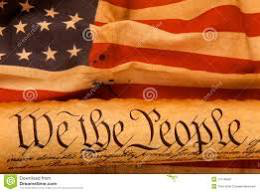 It was written in the Declaration of Independence:

“We hold these truths to be self-evident, that all men are created equal, that they are endowed by their creator with certain unalienable rights, that among these are life, liberty and the pursuit of happiness.”

But now an intolerant minority denies these “self-evident truths” and in their place have created what Margaret Sanger describes as a “closed system of logic and belief” which is largely disconnected from reality. So where do we go from here?

Bertrand Russell, in his 1933 essay, The Triumph of Stupidity, on the topic of what was happening in Germany during the period before the Second World War, provides an ominous answer.

Russell knew something about his times. He was a giant of his age, a Nobel laureate who made lasting contributions in the fields of mathematics, philosophy, and political theory.

He said; “What has happened is quite simple. Those elements of the population which are both brutal and stupid (and these two qualities usually go together) have combined against the rest. By murder, by torture, by imprisonment, by terrorism of armed forces, they have subjected the intelligent and humane parts of the nation and seized power with the view of furthering the glory of the Fatherland.”

He went on to say, “Brute force plays a much larger part in the government of the world than it did before 1914…The danger is profound and terrible; it cannot be waved aside with easy optimism.”

He observed in an earlier time the reins of governments in Europe fell into the hands of those who were motivated by democratic principles and while they reigned the world advanced rapidly in both intelligence and material well-being.

Russell then left us with this chilling reflection: “Perhaps we shall have to realise that scepticism and intellectual individualism are luxuries which in our tragic age must be forgone, and if intelligence is to be effective, it will have to be combined with a moral fervour which it usually possessed in times past but today is tragically lacking.”

In conclusion he says, “In this gloomy state of affairs, the brightest spot is America. In America democracy still appears well established, and the men in power deal with what is amiss by constructive measures, not by pogroms and wholesale imprisonment…Perhaps America is destined once more to save Europe from the consequences of its excesses.”

A fascinating observation — from 90 years ago.

But that was then — and then is not now.

America is no longer the great lighthouse to the world beckoning all those in search of freedom to come join us. Our ship of state no longer points toward Lady Liberty but away, and drifts toward an unknown destination. 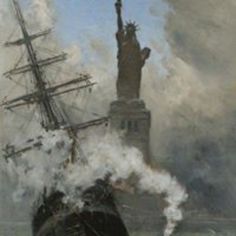 America is at a crossroads. What road we’ll take is yet to be determined.

Russell says, “The whole problem with the world is that fools and fanatics are always so certain of themselves, and wiser people so full of doubts.”

Marsha and I live on a bluff overlooking the Everett Naval Station, the home port for the U.S. Navy Carrier Strike Group. 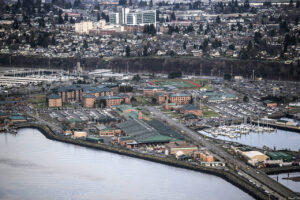 Each morning we’re greeted with the national anthem and each evening we hear the playing of Taps. We’re made vividly aware each day the nation we live in needs protection from both without and within.