Friends: We are re-sending the post from yesterday with re-sized graphics for easy viewing in email.

I’ve often wondered what initiates the big changes we make in our lives. Is there something these game changing events have in common?

As I’ve considered my own big changes, I notice a frequent theme — doubt. 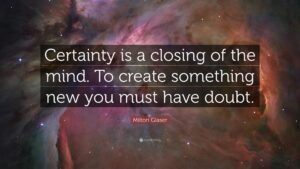 “Doubt is an uncomfortable condition, but certainty is a ridiculous one.” ~ Voltaire

My friend Joe Thomas shared this remarkable story with me.

Joe was born in 1939 in Mobile, Alabama during the time of Jim Crow when racial segregation was the law of the land.

Next door to Joe lived a boy with whom he would often walk to school. One morning his friend was bursting with excitement, giddy with news that on the night before his father had murdered a “n*****.”

The boy’s father, the Grand Wizard of the Ku Klux Klan for the Gulf Coast, had been on night patrol and, when he came upon a Black man he deemed a menace, he murdered him.

Night patrol and all that went with it was an accepted practice in which deputized white men, generally Klansmen, patrolled a region terrorizing Black people. It had become an accepted practice in the south after the Civil War. Klan members saw this as part of their civic duty, something akin to serving on a jury or in the militia.

For Joe’s young friend, his father was a hero for killing a Black man. For Joe, it was one of the saddest days of his life and the beginning of the unraveling of his universe.

Doubt had entered his world.

“If you would be a real seeker after truth, it is necessary that at least once in your life you doubt, as far as possible, all things.” ~ Renee Descartes

When he shared what had happened with his mother, she pulled him aside and let him know that though it was very, very wrong he could say nothing of it. She knew to question the action of a Klansman, the Grand Wizard no less, would put her son’s life in grave danger.

Fear of the Klan permeated both the Black and white communities, and while fear held sway the consciences of many were silenced.

But Joe was not the kind of guy who could survive on a diet of fear; his conscience demanded answers. Soon his sadness morphed into outrage, and outrage into action.

It wouldn’t be too long before Joe was to renounce the world of his birth and find himself part of a struggle to secure civil rights for African Americans. A journey that began with seeds of doubt planted by the news from the neighbor boy allowed Joe to develop the courage to move through the fear he felt in questioning the world around him.

In his moment of doubt he found his conscience. 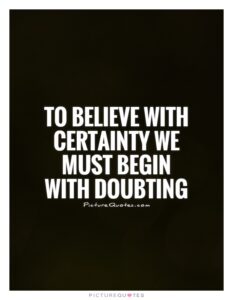 I’ve known Joe for over 50 years and can say without question he is a man of conscience.

“Moral certainty is always a sign of cultural inferiority. The more uncivilized the [person], the surer he is that he knows precisely what is right and what is wrong. All human progress, even in morals, has been the work of [those] who have doubted the current moral values, not of [those] who have whooped them up and tried to enforce them. The truly civilized [one] is always skeptical and tolerant, in this field as in all others. His culture is based on ‘I am not too sure.'”  ~ H.L. Mencken 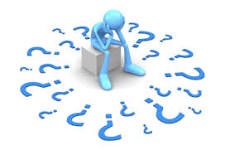 Let’s be brave enough to doubt so that we can be courageous enough to change.

It all begins with not knowing. 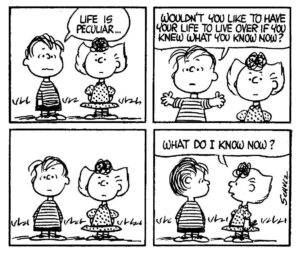