I’ve been lucky enough in life to know individuals who lived through extraordinary circumstances and who, because of the way they dealt with them, showed me a thing or two about how to deal with my own.

1962 was a bitter year for me. My father had died. I was experiencing the angst of adolescence. When I looked around it appeared to me life had excused many from its daily miseries. Others seemed to have more of everything: money, friends, nice clothes, toys and good looks.

Now, with my dad dead it felt like our family was wiped out. I was beyond angry. I went into full-scale rebellion and my behavior rapidly spiraled out of control. In no time I was drinking, sneaking out at night and joy riding in stolen vehicles, an activity that would land me in jail.

No amount of religious instruction, counseling or sermonizing could set me straight. I found myself:

But I was determined to fight life and bend it to my will. 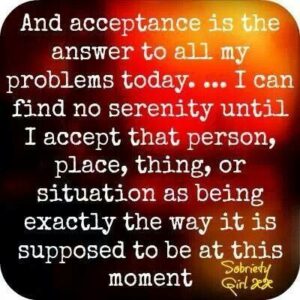 Then I got a lesson from George Thelan.

George and Mary Thelan and their six kids lived just up the street from us. They appeared to be a happy, close knit family with their door always open to the neighbors.

George was a decorated war veteran, a Boeing engineer, a test pilot, scout leader and all-round good guy. He was the kind of dad we all wanted, a dad who actually seemed to enjoy being a dad. He had built a “community” basketball court in his backyard on which we all could play. He assembled a model train track for one of his boys simply because he was interested in trains. I couldn’t imagine such a thing.

It only confirmed for me that life had “haves” and “have-nots” and I was one of the nots. It gave me one more reason to be angry.

Then one day that all changed. News spread around the neighborhood that George and Mary Thelan were getting a divorce. Bam! The perfect Thelan family was breaking up.

Divorce was something that never happened in our Catholic community. My whole conception of the universe came crashing down.

“For the first time, I laid my heart open to the benign indifference of the universe.” ~ Albert Camus

For the first time it dawned on me:

It was my first crisis of faith.

Then one day as I was walking home from school I saw George moving into an apartment building two blocks from his family’s house. I stopped and talked with him long enough to learn that this was to be his new home and he’d be happy for me to visit anytime I wanted. He said he could generally be found in his garage working on one of his many projects.

It appeared to me that George Thelan had come to accept his new life.

I could tell by looking at him the brightness in his eyes had dimmed a little but certainly not enough to keep him away from the family he loved. I often passed by his apartment on my way home from school and found him working on one of his many projects: repairing his kids’ bikes, fixing Mary’s car or adding new stops for his model train.

George’s response to his tragedy was not rebellion but acceptance. He didn’t demand life change to meet his needs but changed his life to meet his new circumstances. He understood things I would only come to understand years later.

I’ve learned since that my acceptance of life ultimately determines how much happiness I take from it, and that life sends us lemons for the express purpose of making — lemonade.