Last summer while on our evening walk Marsha and I were confronted by a frightened middle-aged man who warned us of a roving band of homeless people headed toward the park near our home, and aiming to set up camp there. 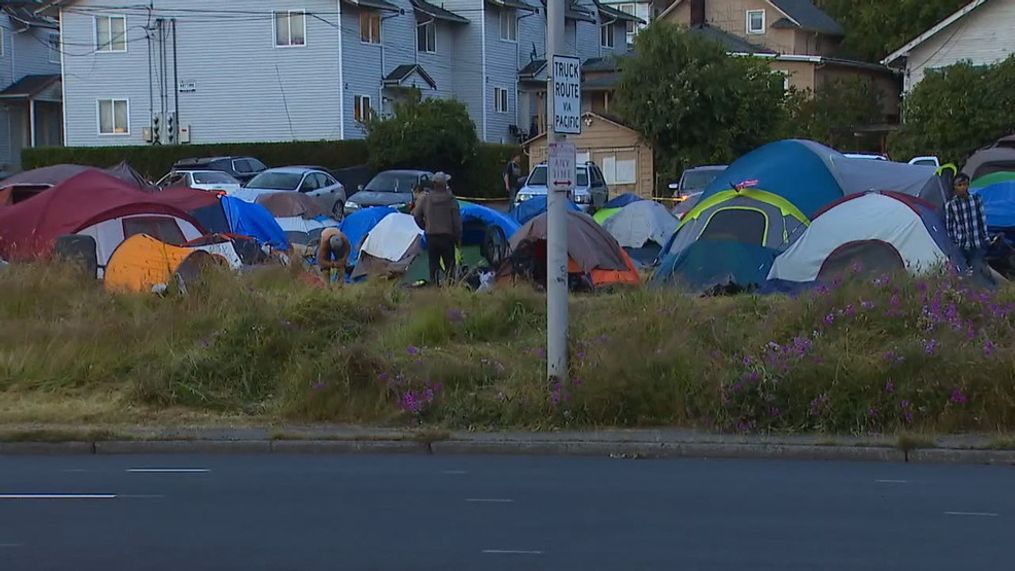 The trouble was no one was coming. Nothing he was saying was real. Nothing. Although it was clear he believed what he was saying.

Someone or something had planted a thought into his mind on which he felt compelled to act.

I thought, what a sad, tragic, frightened man. What would it be to inhabit his state of mind? And yet my sympathy was tempered by the potential damage that might be inflicted upon an innocent, vulnerable population.

I said to Marsha, “What if others in our neighborhood believed this nonsense? Can you imagine what might happen!”

“Collective fear stimulates herd instinct, and tends to produce ferocity toward those who are not regarded as members of the herd.” —  Bertrand Russell

Very clearly, this man had entered into one of the most dangerous places on earth: The Land of Make Believe.

He walked through the door of a world engulfed in fear where:

This strange, toxic world is made ever more dangerous with the arrival of every new visitor with another new resentment, another reason to get even.

Years ago I experienced a dangerous encounter with the Land of Make Believe.

One spring afternoon of 1976 I was walking home from the train station in Chicago when a middle-aged woman I passed came up from behind and started beating me with an umbrella while screaming, “You killed Marilyn Monroe!!”

Soon a crowd gathered as she circled me like a whirling dervish in a homicidal rage, poking me with the sharp tip of her umbrella. Had she had a gun I have no doubt she would have shot me dead. Finally, I was able to get my hands on that damned umbrella when another stranger came up from behind me and wrapped me in a bear hug, yelling for someone to call the police. The crowd of people now had a look of rage in their eyes.

Finally, when I did break free, I screamed at the man and all those around, “What the hell are you doing? Are you all crazy!”

Someone screamed back at me, “You killed Marilyn Monroe!”

(For those unfamiliar with Marilyn Monroe, she was a popular film actress who committed suicide in1962.)

Soon a patrolman arrived and, with a brief explanation of all that had transpired, I was allowed to finish my walk home.

When I got home I was quite shaken. I thought, this is what it feels when people collectively go mad. The woman who initially attacked me clearly was suffering from mental illness. But how easy it had been to turn a crowd of strangers into a lynch mob!

I imagined what it must have felt like to have been a victim of a mob lynching in the Jim Crow south.

This past week the American capitol was attacked by people from the Land of Make Believe. I was utterly shocked and bewildered and asked myself how such an event could come to pass. Then I remembered the scared little man I encountered at Grand Avenue Park and the sad little woman on Lawrence Avenue and I thought of our flawed, humiliated nation. God knows how social media has blown open the door to the Land of Make Believe. 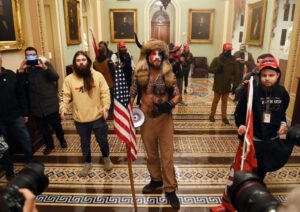 What is the cure? Surely we are all puzzling over this question.

Let me leave you with Plato’s attempt at an answer in his “Allegory of the Cave” as narrated by Orson Welles in 1972.  Please click here to watch. 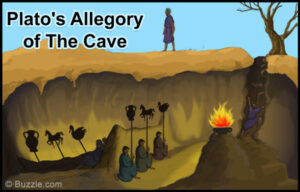