“Let It Be” are words that have been ringing in my ears lately.

Our twin granddaughters, Annalee and Margo, were born on September 5, 2019.  They were eight weeks premature and currently are in incubators attached to tubes and equipment that help them breathe and eat. 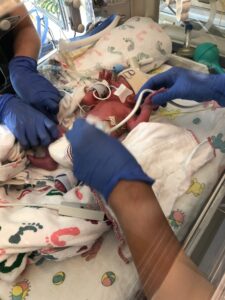 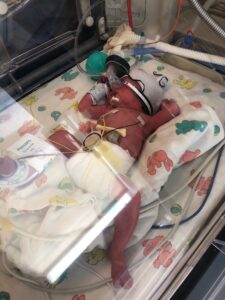 When Marsha and I got our first glimpse of them, I was overcome with a ferocious impulse to do something.  But then, almost as quickly, an even more powerful message came to me:

These children were exactly where they needed to be:

Our role, as grandparents, at this time, was to simply lift up prayers on behalf of our grandchildren, their parents and the medical team attending them.  Yet I must admit how hard it is for me to remember my place in creation.  How I yearn to play God!  How unsettling it is to be so powerless!  Marsha and I returned home and before we went to sleep earnestly prayed for our family, asking God to create a hedge of protection around us all.

All I know for certain about our prayers, is that I was changed. 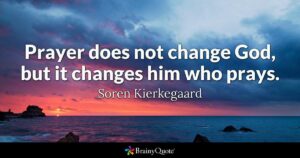 Such prayers are important for me because I’m forever attempting to play God.  I’m thankful for my dear wife, a wise woman who never fails to remind me who I am, and helps me to be still, to center myself, and simply let things be.

Here is some ancient wisdom offered by another wise one (taken from Moral Stories).

Once the Buddha was walking from one town to another town with a few of his followers. This was in the initial days. While they were travelling, they happened to pass a lake. They stopped there and Buddha told one of his disciples, I am thirsty. Do get me some water from that lake there.

The disciple walked up to the lake. When he reached it, he noticed that some people were washing clothes in the water and, right at that moment, a bullock cart started crossing through the lake. As a result, the water became very muddy, very turbid. The disciple thought, How can I give this muddy water to Buddha to drink! So he came back and told Buddha, “The water in there is very muddy. I don’t think it is fit to drink.”

After about half an hour, again Buddha asked the same disciple to go back to the lake and get him some water to drink. The disciple obediently went back to the lake. This time he found that the lake had absolutely clear water in it. The mud had settled down and the water above it looked fit to be had. So he collected some water in a pot and brought it to Buddha.

Buddha looked at the water, and then he looked up at the disciple and said, “See what you did to make the water clean. You let it be!” 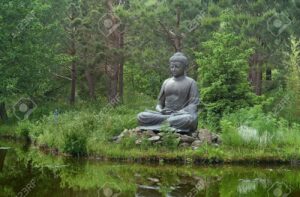 Paul McCartney wrote and composed Let It Be, the title track on The Beatles’ final album, released in 1970.  He said the song came to him in a dream when he was in a deep struggle over the breakup of the Beatles.  The inspiration for the Mother Mary lyric came, he said, from his mother who had died of cancer when he was 14.  She had been the predominant figure in his early life and would often counsel him that when he found himself in great difficulty, to just let it be.

Maybe you are engaged in, or witness to, a challenging struggle at this moment.  Either way, sit back, breathe deeply, take courage and listen to these words of wisdom:

By the way, at the time of this writing, Annalee and Margo are both doing well.