Not long ago I attended mass at Seattle Prep High School celebrated by one of my classmates, Father Phil Burroughs, President of Holy Cross University.  A number of my classmates were there.  The event was meaningful for many reasons, not least of which we’re all getting older and our numbers are beginning to thin.

I was struck by the affection we have for one another, and even though some had not seen each other for decades, I found us bound by a fierce kinship.

This encounter initiated in me a conversation about character.  These classmates of mine all appeared to be men of character, a group of men who’ve gracefully matured through success and failure, good times and bad.  My question was, how does one acquire such character?

Few us could have imagined the world we’d face after our graduation.  At the time horizons seemed boundless, our future a treasure trove of opportunities and possibilities.  Then, as we all experienced:

We discovered a world broken in ways we weren’t were prepared for, and most of us found ourselves knocked down a peg or two. 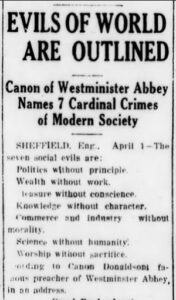 While I was at the University of Washington Robert Kennedy and Martin Luther King were assassinated and the Vietnam War was raging.  It was as if a great monster descended and I was eaten, digested and spit out as a different man.  For me, a decade of cynicism set in and a clear belief in anything was hard to come by.  I dedicated myself, along with others, to willing a new world into existence.  As I tried to negotiate this confusing landscape, I lost touch with my foundation as a person.  I began to experience my character as nothing more than a suit of clothes I’d wear to accommodate a situation.  Soon I became a mystery to myself.  Then like Icarus, the boy who flew too close to the sun, I fell down to earth, broken, in a heap of pain. 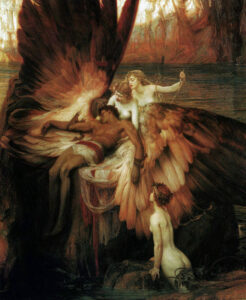 I thought about my classmates.  As I drove home from mass I wondered what stories they might have of:

We had lived in the same turbulent world and experienced the same seasons of life.  Somehow we had all survived and could gather together as members of a strange brotherhood bound by a spiritual glue.  What possibly could have forged such a common character? 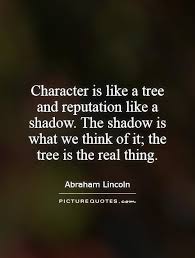 For 25 years Marsha and I lived three blocks from Loyola University Chicago, the largest Jesuit University in the nation.  I visited the library where a statue of St. Ignatius, the Jesuit founder, had been placed in the foyer.  There I found a pamphlet describing the Ignatian Spiritual Exercises — Exercises I vaguely remembered from my days at Seattle Prep.

All the themes of Ignatian spirituality are grounded in the Exercises.  These include a sense of collaboration with God’s action in the world, spiritual discernment in decision making, generosity of response to God’s invitation, fraternity and companionship in service, and a disposition to find God in all things.  Spiritual integration is central to the Exercises: integration of contemplation and action, prayer and service, and emotions and reason.

When I finished reading the pamphlet it dawned on me why my mother wanted a Jesuit education for her wild, contentious, willful son. She wanted her boy to be fully prepared for life, and knew he would need his soul educated as well as his mind and body.  She understood character is built from the inside out.

It was from these soul exercises that my classmates and I find common ground.  We all have different stories, we have lived different lives, but what we all share is a foundation constructed upon:

An exercise of the soul we continue to this day.

In my journey through life, it had been sobriety that allowed me to see and reconnect to the foundation and character I already had.  Thank you, Ignatius.