My mother, Theresa Moriarty, was a towering figure in my life.  She birthed not only my body but my conscious soul.  Indeed, if there is a heaven and ever I get there, it’ll be on Mother’s passport.  She was a plain-spoken woman, whip-smart, given to simple truths.  She had an attitude some would describe as gnarly.

As a woman raised in the teeth of depression and matured in war, Mother was not particularly warm and cuddly.  She was first and foremost, and above all else, a survivor.  To be sure, Mother had her struggles in life and they were not small, but through it all she never neglected teaching her children the art of survival.

In her mind the first lesson in surviving was: 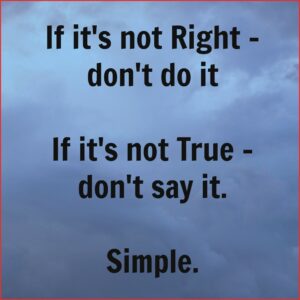 Mom had few black and whites.  She did not demand our blind obedience, understood we were each our own person, and honored our individual uniqueness.  However, there was one virtue that was, for her, inviolate.

Mother would not countenance dishonesty; she believed lying was nothing more than taking a vacation from the oneself, and would always result harsh a lesson.  I remember one such lesson.

It was Memorial Day weekend 1963 and I was 14.  Mom had grounded me for not finishing my reading assignments.  I was to start high school the following week and these assignments were mandatory.  I defied her and that night climbed out my bedroom window and with friends spent four hours joy-riding around Queen Anne Hill in a stolen car.

In a flash of lights it was over.  We were pulled over by the police, arrested, and taken to jail.  The next morning when I arrived for my arraignment I saw my mother conferring with the judge.  I assumed she was arranging for my release, but to my horror it was for another reason.  The judge announced I was being returned to jail for an indeterminate time to consider my crimes:

Mother would not protect me from my own dishonesty.

So these times have got me thinking, how would Mom judge an era where:

No telling how many people would be locked up if she were in charge!  On this Mother’s Day, channeling my own mother, let me share a story:

Once upon a time there lived a king who had grown very old. The king had three sons and worried about which one should be his successor. It was very difficult for him to choose the next king among his three sons because he loved them all.

One day a thought came to his mind. He called his sons and said to them, “I am giving each of you one seed that you will plant in a pot. After some time I will see whose plant is the best. The one who will have the most beautiful plant will be the next king.”

He gave each of them a seed. All his sons went back and planted their seeds in pots.

After a few months, two brothers had beautiful plants in their pots with lovely flowers and green leaves, except the youngest one. His pot was plant-less. Although he cared for his seed and pot very well, no plant grew.

When he saw his brothers’ plants he became very sad and worried at what would he show to his father.

One day the king called all the brothers to show their plants to him. “Look, Father, how beautiful our plants are,” said the sons who had plants in their pots. The king asked the youngest son,” Where is your plant? Your pot is empty.“

The young son replied, “My dear father, I am sorry. I tried my best but no plant grew in my pot.”

“No, you should not be sorry,” said the king, “because the seeds I gave to you and your brothers were dead and useless. No plant could be grown from those seeds.

“Your brothers lied to me. When they saw that their plants were not growing, they planted other seeds in their pots. But you were honest and told me the truth, and one of the most important qualities of a king is that he should be honest. So, my dear son, you will be the next king.” 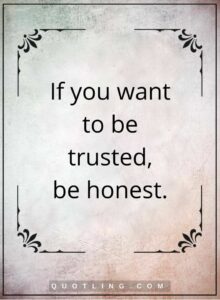