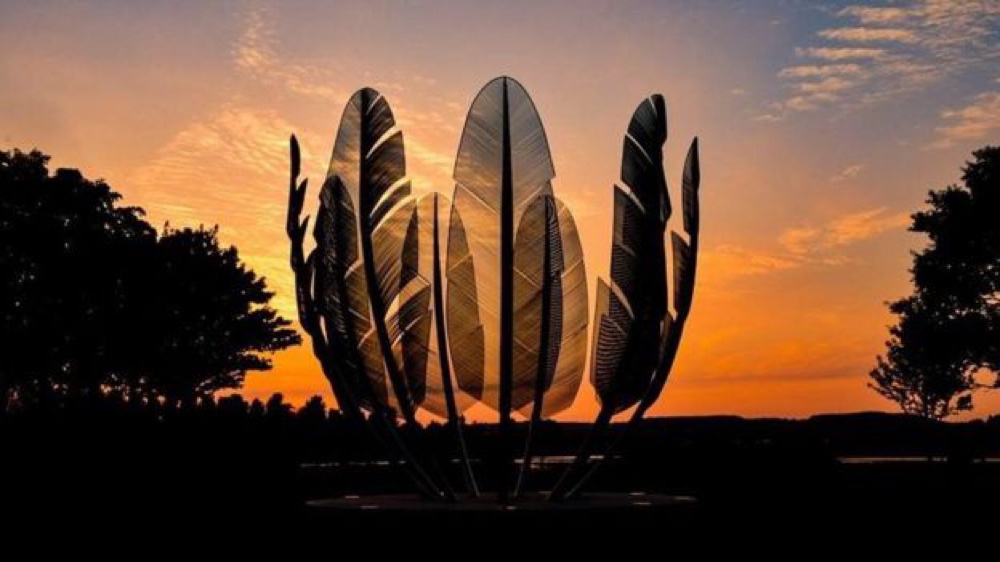 This sculpture entitled ‘Kindred Spirits’ stands in a Park in the small town of Midleton in East Cork,Ireland

The story also illustrates that when I choose to harvest the learnings from my own suffering they become the food of life for another, when and only when……..I choose to share it.

My Grandparents immigrated from Ireland arriving early in the last century. They left with only the clothes on their back with little hope of ever returning. They were part of the second generation of emigrants who fled Ireland after the Potato Famine.

An event that had left Ireland in ruins. 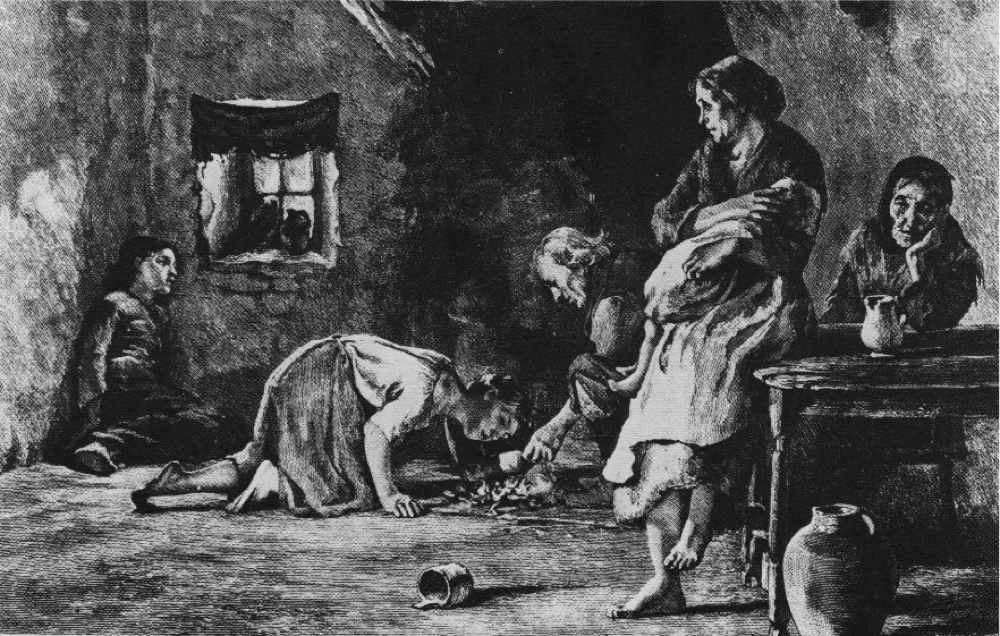 The Famine was result of the failure the potato crop, the food staple of the Irish people. More than a million people perished and millions more emigrated.

Ireland lost  a quarter of its population.

The British government had ruled Ireland with a racist cruelty dressed in a laissez-faire doctrine that denied relief to the famine stricken people. According to Charles Trevelyan, the British administrator in charge of relief. “The judgement of God sent the calamity to teach the Irish a lesson, that calamity must not be too much mitigated. …The real evil with which we have to contend is not the physical evil of the  famine but the moral evil of the selfish, perverse and turbulent character of the people.”

The American ‘Red Man’ had been dealt with by the American Government and had long enduried their own version of the Great Hunger over three hundred years of virtual genocide.

Indeed in 1831 years 16 years before the Irish Famine the American government among others, had removed 16,000 Choctaw from their native lands in the Southeast and forcibly move them some 2,200 miles to Oklahoma

More than 4,000 men, women and children died along the way. This forced march became known as the “The Trail of Tears”

Ironically the man who forced them off their lands was Andrew Jackson, the son of Irish immigrants.

As Ireland starved few countries took notice and aid was in short supply. The Irish were largely a forgotten thise that didn’t starve were left to find their own way out of Ireland over a million people left Ireland and many never left the ships alive.

And yet Grandpa Pat reminded me all was not lost.

The Choctaw Nation in Southeast Oklahoma 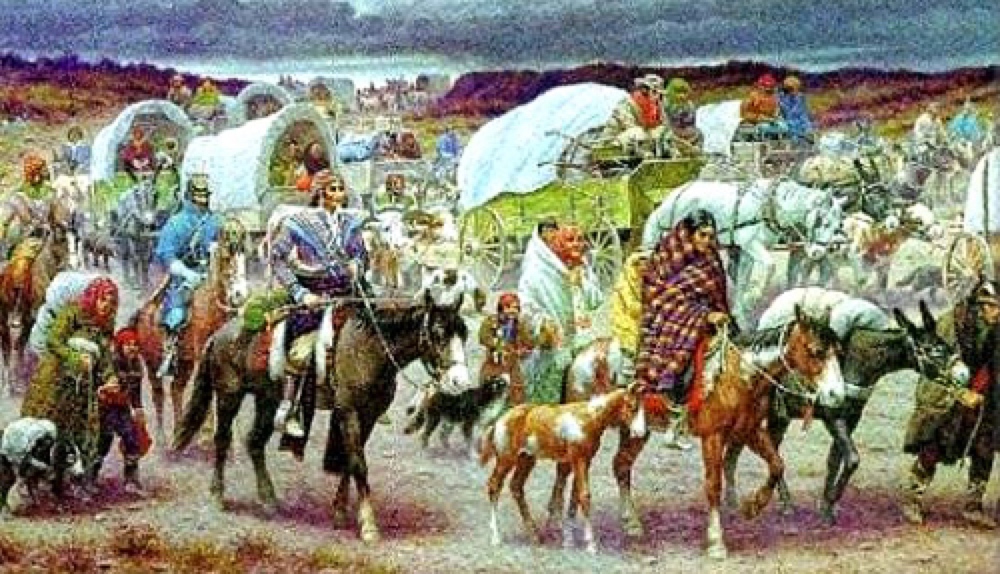 The remnant population from the Trail of Tears

On March 23, 1847, members of the Choctaw nation themselves starving, took up a collection in support of the Irish Relief Fund.

They collectively raised the astounding sum of $170.00.

Grandpa Pat had many stories from the time Great Hunger many were awful deplorable acts of neglect and prejudice but the story that left the biggest impression on it was the story of this $170,00 gift and the generosity of the Choctaw People. It taught me a great lesson.

Those that have suffered as you have suffered and have walked  a mile in your shoes are in the best position to empathize, energize and enable you in your walk.

Such as it was with the Choctaw Nation in 1847. This gift of $170.00 told the people of Ireland they were not alone that there indeed existed Kindred Spirits who could show the way through the Great Hunger to the other side.

Grandpa help get me in touch with my compassion not my anger.

Rather then, wanting to go out and kill every Englishman I could find, his heart warming story urged me to go out and find someone to help.

In our moment of want we are all Kindred Spirits 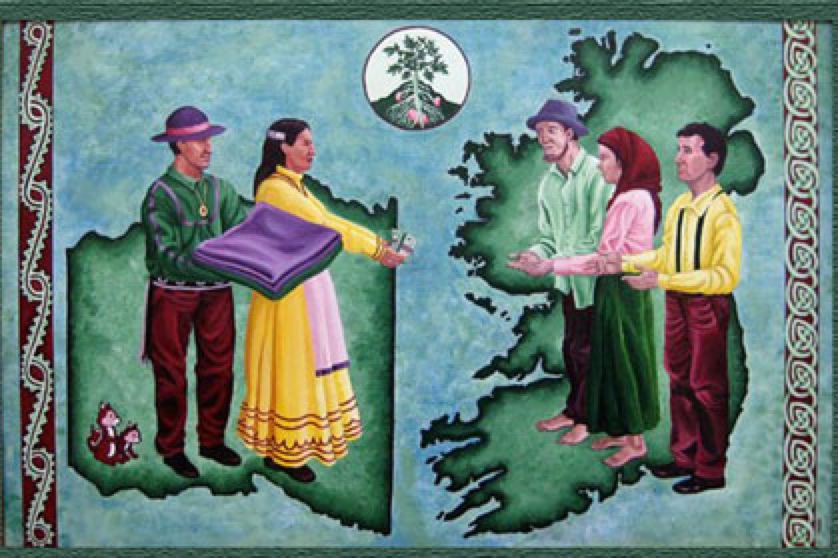