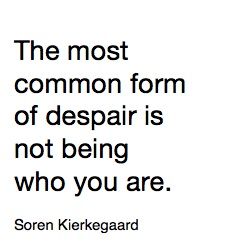 When I was 14 years old I got a job selling newspapers at the County Hospital. The hospital served an indigent population, many in need of long term care.  It was my first real job and one in which I encountered many remarkable people.

Lilly suffered from a depression so severe it required hospitalization.  This would not have been seen as uncommon in 1963.  Whenever Lilly saw me coming she’d get out her Pez dispenser and take great delight in ejecting a small candy into my awaiting hand.  It always brought her such joy to share her Pez with me, I’d often ask for more just to see the smile on her face. 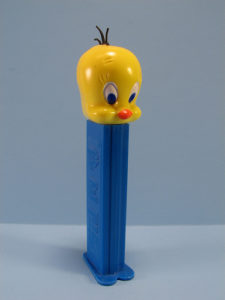 So twice each day I’d arrive with my newspapers  – the Post-Intelligencer in the morning and the Seattle Times in the afternoon.  Lilly would pay 15 cents for her paper, eject a Pez into my hand, and I’d sit down beside her and report on my day. These visits seemed to mean so much to her, sometimes I made up stuff about my day just to have something to say in order to keep her happy.

Lilly had a super-charged, intense desire to be engaged in the world.  Somehow these visits enabled her to get out of herself and into the world.  She loved to talk about her work on the Bremerton Docks during the Second World War.  It was during one of those remembrances that she recounted how her husband was killed in the battle for Okinawa, and how her baby later died from spinal meningitis, tragedies from which she never fully recovered.

I saw in Lilly so much of my own mother.  Mother, before she married, was really in the world.  She had an important job in the War Department during World War II, and was a “modern” woman before it was okay to be modern.  These were great years for my mother.

Then suddenly, when the war was over, it all stopped.  She married dad, had five children in five years, and was widowed at 45.  She fell into a deep inconsolable depression.  I remember coming  home from school and finding her in tears or crazy-angry, for no apparent reason.  She had a perpetual, unyielding sadness.

In spending time with Lilly I got the idea that maybe if I engaged Mom in the news, she’d perk up like Lilly.  Maybe her sadness could lift a little, perhaps I could put a smile on her face.  Damned if that exact thing didn’t happen!  Mom loved to talk about news, current events, anything that was “out there,”  and we took to watching the evening news together.

When President Kennedy was assassinated I brought Mom up to meet Lilly, and like a light going on, the darkness subsided from both of them and the three of us had a fascinating conversation.  These two women were thoroughly engaged, and while they were, the blues disappeared. 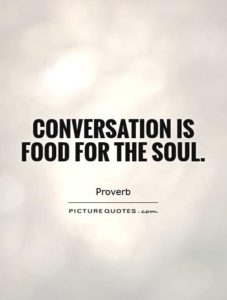 I later learned that Winston Churchill suffered from depression, what he called his “black dog.”  Churchill found a way to keep his “dog” on a leash, and he did so through engaging himself in the great issues of his time.  That often took the form of excellent conversation over a great meal.  “Of Churchill’s battle with depression, psychiatrist Anthony Storr said this: ‘Only a man who knew what it was to discern a gleam of hope in a hopeless situation . . . could have given emotional reality to the words of defiance which rallied and sustained his people.'”  (Seth Adam Smith).

So Churchill tapped into his own suffering and transformed it into a balm and force for courage for the British people through exhausting and agonizing years of war.  Amazing!

Churchill, Mom, Lilly, and so many others of us have learned that great fruit can be harvested from depression and that light can be found in the darkest places.

“Do you not see how necessary a world of pains and troubles is to school an intelligence and make it a soul?” ― John Keats