There is a cult of ignorance in the United States, and there always has been. The strain of anti-intellectualism has been a constant thread winding its way through our political and cultural life, nurtured by the false notion that democracy means that “my ignorance is just as good as your knowledge.” ~ Isaac Asimov 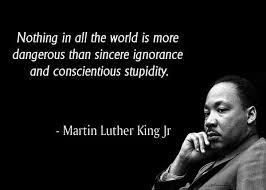 Ignorance is dangerous, and can be, as history suggests — very dangerous.

“The older we grow the greater becomes our wonder at how much ignorance one can contain without bursting one’s clothes.” ~ Mark Twain

But ignorance is a tricky business, for when it’s seasoned with pride we only see it in another person, never in ourselves.

Call me anything, but — don’t call me ignorant!

Marsha has never been afraid to call me out when my ignorance is on display. 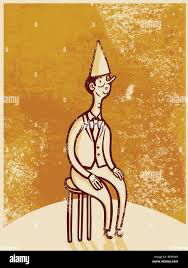 Does any of this sound familiar?

My particular form of ignorance has generally come from looking for answers to my problems from anywhere but myself.

During the pandemic that became less of an option. I’ve been alone, with fewer places to turn to project my problems outwardly. The upshot is I find myself less defensive and more tolerant and ready for change. 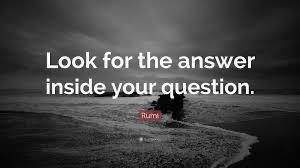 I came upon an ancient story, The Education of an Ignorant Man.

There was a village near a faraway town where there was living a milkman. His name was Charley. He had built his home far away from his town, in the woods. He loved the quietness of the woods rather than the noisy atmosphere of the village.

He lived in his house with his two cows. He fed them well and took proper care of them. With the milk that the two cows gave, he earned enough money to live happily.

Charley was an honest man, though not content. “There is so much wrong and evil in this world.” He would ask, ”Is there nobody to guide the people?”

This thought made him sad and troubled him greatly.

One evening, Charley was returning home after selling milk in town.. He saw a wise old woman sitting under a tree, meditating. He slowly walked up to her and waited for her to open her eyes.

After a while, the woman slowly awoke. She was surprised to see the man patiently sitting beside her.

Charley responded, “I want to know the path to truth and serenity.”

The old woman smiled and said, “Go to the pond nearby and ask the fish the same question. She will give you the answer.”

Then Charley set off to the pond to ask his question of the fish. 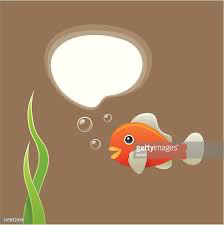 When he arrived at the pond he cried out to the fish with his questions. The fish responded, “O kind man! First, bring me some water to drink.”

Charley was surprised. He said, “You live, dear fish, in water, and you still want water to drink? How strange!”

At this the fish replied, “You are right. And there’s the answer to your question as well.”

“Truth and serenity are inside your heart. It’s because of your ignorance you search for them in the outside world. So instead of wandering here and there, look within yourself and you will find what you’re looking for.”

This gave immense satisfaction to Charley. He thanked the fish and walked home a wiser man. He changed the way in which he saw this world as well as himself. From that day, Charley never felt restless again. ~ Author Unknown

Where once he was ignorant, Charley was made — wise. 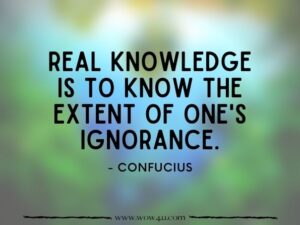