“The longer you look back, the farther you can look forward.” ~ Winston Churchill

During these times when democracies around the world have been under attack by angry, xenophobic extremists my political disposition has become cynical and depressed.

While political fires rage all around me I’ve found myself strangely disengaged, treating it all like bothersome background noise. What kind of citizen am I when I refuse to watch the evening news?

The truth is I’m not really disengaged — my psyche roils at night.

I have a recurring nightmare where I’m being chased by evil people I refuse to fight and from whom I can’t escape.

I came to the realization that breathing such toxic air has made me sick and turned me into a bit of a political zombie. 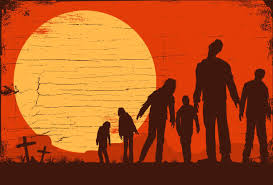 I’ve just needed to find a way to rally my flagging spirit as Washington did his army at Valley Forge.

So I’ve been seeking a way to reignite my energies as President Kennedy so ably did for America 60 years ago when he said: 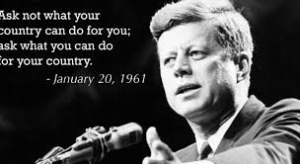 Hurrah. I found something.

I came upon a book I first read years ago: The Last Lion, by William Manchester, a biography of Winston Churchill.

It begins with a retelling of the miraculous event that occurred during the early days of the Second World War when the entire British Army was stranded on the beaches of Normandy. Their situation appeared hopeless; it was only a matter of time before the German army would overwhelm them.

But that didn’t happen.

And here’s the passage that stirred my soul: 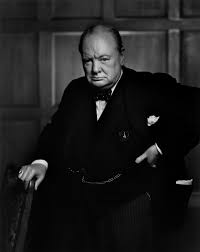 The French had collapsed. The Dutch had been overwhelmed. The Belgians had surrendered. The British army, trapped, fought free and fell back toward the Channel ports, converging on a fishing town whose name was then spelled Dunkerque. Behind them lay the sea.

It was England’s greatest crisis since the Norman conquest…

Britain stood alone. If the Germans crossed the Channel and established uncontested beachheads, all would be lost, for it is a peculiarity of England’s island that its southern weald is indefensible against disciplined troops.

Now the 220,000 Tommies at Dunkirk, Britain’s only hope, seemed doomed. On the Flanders beaches they stood around in angular, existential attitudes, like dim purgatorial souls awaiting disposition. There appeared to be no way to bring more than a handful of them home.

The Royal Navy’s vessels were inadequate. King George VI had been told that they would be lucky to save 17,000. The House of Commons was warned to prepare for “hard and heavy tidings.”

Even today what followed seems miraculous. Not only were Britain’s soldiers delivered; so were French support troops: a total of 338,682 men.

But wars are not won by fleeing from the enemy. And British morale was still unequal to the imminent challenge. These were the same people who, less than a year earlier, had rejoiced in the fake peace bought by the betrayal of Czechoslovakia at Munich. Most of their leaders and most of the press remained craven…

England’s new leader, were he to prevail, would have to stand for everything England’s decent, civilized Establishment had rejected. 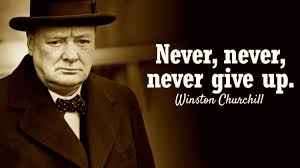 They viewed Adolf Hitler as the product of complex social and historical forces. Their successor would have to be a passionate Manichaean who saw the world as a medieval struggle to the death between the powers of good and the powers of evil, who held that individuals are responsible for their actions and that the German dictator was therefore wicked… 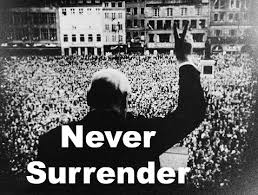 Like Adolf Hitler he would have to be a leader of intuitive genius, a born demagogue in the original sense of the word…who could if necessary be just as cruel, just as cunning, and just as ruthless as Hitler but who could win victories without enslaving populations, or preaching supernaturalism, or foisting off myths of his infallibility, or destroying, or even warping, the libertarian institutions he had sworn to preserve.

Such a man, if he existed, would be England’s last chance. In London there was such a man. 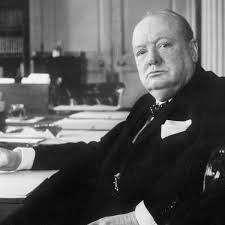 The Conservative party leadership…detested him and everything he represented.

Even George VI hadn’t wanted Chamberlain to quit No. 10 Downing Street; he thought his treatment had been “grossly unfair.”…but only a coalition could govern the nation, and the National Executive of the Labour party, meeting in a basement room of the Highcliff Hotel in Bournemouth, sent word that they would serve under no Conservative except Churchill.

On May 28, the first day of the Dunkirk evacuation, [Lord] Halifax, speaking for the Conservative leadership, had told Churchill that a negotiated peace was England’s only alternative.

Now, as the new prime minister’s foreign secretary and a member of his War Cabinet,…[Halifax] was quoted by the United Press as inviting “Chancellor Hitler to make a new and more generous peace offer.”

It was, he said, the only reasonable course, the only decision a stable man of sound judgment could reach. He was quite right. 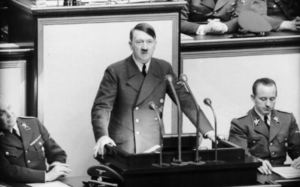 But Winston Churchill was not a reasonable man.

He was about as sound as the Maid of Orleans, a comparison he himself once made—

“It’s when I’m Joan of Arc that I get excited.”

…Deep insight, not stability, was his forte. To the War Cabinet he said, “I have thought carefully in these last days whether it was part of my duty to consider entering into negotiations with that man, and concluded:

“If this long island story of ours is to end at last, let it end only when each one of us lies choking in his own blood upon the ground.”

He spoke to them, to the House, and then to the English people as no one had before or ever would again…

Another politician might have told them: “Our policy is to continue the struggle; all our forces and resources will be mobilized.”

This is what Churchill said:

“Let us therefore brace ourselves to our duties, and so bear ourselves that, if the British Empire and its Commonwealth last for a thousand years, men will still say, ‘This was their finest hour.’“

May we all find ways to live our finest hour — every day.