“The best teacher is the one who suggests rather than dogmatizes, and inspires his listener with the wish to teach himself.” ~ E. L. Bulwer

In hindsight, I think most of us would agree that teachers are among the most important people we’ll ever encounter. They are uniquely positioned to BE THERE when we most need someone to — BE THERE.

When I recently read of the passing of an influential teacher friend of mine, my mind was flooded with memories of the many teachers who touched my life. 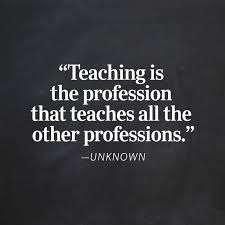 How often are they thanked?

In my case it’s been too long. So many of my great teachers have passed on. I don’t want to go to my own grave without acknowledging a few of them.

So let me share with you a recent letter I wrote to a teacher who threw me a life preserver when I was sinking: Mr. John Miller. (John Miller, who I knew as Mr.Miller, was a teacher and coach at Seattle Prep, where I attended from 1963 to 1967.)

It’s hard to believe so many decades have passed since I was one of your students in Contemporary History at Seattle Prep. We may have all gotten old now, but for me so many memories of those days are as fresh as if I lived them yesterday.

Like the time you tore a Seattle phone book in two to get our attention. It worked. I never was quite as engaged in a curriculum as I was in your class.

What I remember most about you was how much you individually cared about the young men you coached and taught. I’m sure there were other guys, like me, who you helped navigate through difficult periods.

So I don’t want the curtain drawn on my life without you hearing a big thank you for having faith in me when I’d lost all faith in myself.

It was my freshman year and I was in a free fall. My dad had died the year before and I was trapped in a boiling stew of conflicting emotions:

Mostly, I felt alone, lost and abandoned and at the bay of my feelings. I raged through life on a perpetual rampage, like a young bull elephant breaking everything in my path. My grades were bad, my conduct worse, and my attitude contentious.

I remember the administration regretted ever admitting me. It seemed clear to all I was a more suited for a reform school than a prep school.

It wasn’t long before I was summoned to the principal’s office and got the news I would not be invited back for my sophomore year. I was being expelled!

That’s when you entered my life, Mr. Miller.

You were precisely the big, strong, mature male elephant needed to reign me in and help me join the herd. You settled me down and focused my energies on academics and extracurricular activities. You took a genuine interest and saw things in me I couldn’t / wouldn’t see in myself.

You built me up when I felt torn down.

You took time with me to throw a football and run laps at the Queen Anne Bowl. It all mattered so much to me.

Then, when you actually stood up for me before the faculty and defended the A you gave me in your class, it was like a miracle. No one had ever come to my defense before. It wasn’t long after that the administration announced I WOULD be invited back.

In the ensuing years I proved that I belonged and made my own unique mark at Prep.

As I look back, nearly 60 years later, I recognize something very significant happened then. You threw a drowning young man a life preserver.

For that, Mr. Miller, I’m deeply indebted to you. 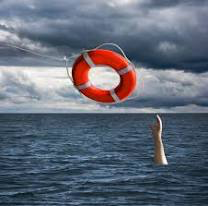 “A teacher affects eternity; he can never tell where his influence stops.” ~ Henry Brooks Adams