“If you have been dwelling solely on the evil that is in man, or on the special evil which you think is in your nation, or your age, see whether that habit has not blinded your intelligence and weakened your strength. It has cast you down upon your face. Stand up, on this Thanksgiving Day, stand up upon your feet! Believe in man! Soberly and with clear eyes believe in your own time and place. There is not, and there has never been, a better time or a better place to live in. Only with this belief can you believe in hope and believe in work.” ~ Phillips Brooks, A Thanksgiving Sermon, (1835) 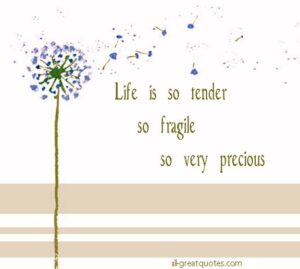 On this Thanksgiving I was just thankful for having a time and place.

On Sunday Marsha and I were at our neighborhood co-op to pick some last minute shopping. It had been a busy weekend, I was riding shotgun and decided I’d stay in the car while Marsha went inside. Here is where Marsha takes over telling the story.

I had parked in an angled spot on the street across from the store. I went inside and had been shopping for several minutes when I heard Pat’s voice, calling my name, as he found me in the store. He shouted that the car had been in reverse, had backed up, and there had been an accident.

I dropped everything and ran outside with Pat. The car was neatly parked where I had left it, but there was a vertical crease from the bumper up through the hatchback door panel. I was expecting to see another car with which ours had collided, but Pat told me the car had backed across the street and hit the corner of a building. He told me he had struggled to get out of the car in order to get to the driver’s side, but had fallen and nearly been run over by the car. Clearly, once the car hit the building, Pat had gotten up and re-parked it. I scoured the buildings and sign posts for damage, and could find nothing. Satisfied that we had not damaged any property, I drove Pat the several blocks back to our home.

Once home, Pat complained that his arm hurt, so we iced it. The horror of what I had done in leaving the car in reverse was set aside as things unfolded. Within minutes, Pat suddenly told me that he couldn’t remember anything of what happened. Nothing. Not even that our car had been in an accident. Furthermore, he couldn’t remember anything from earlier in the day, or from the day before. We had had two very eventful days, so this was a lot to forget. He asked me over and over to recall for him the sequence of the past 24 hours, never remembering that he had just asked me the same question two minutes earlier.

Concussion, I wondered? I checked his head and found no wounds, and he reported no tenderness. I worked to remain calm, calling up what I knew about how trauma can affect people. I soothed, I comforted, I repeated the story of events every time Pat asked. As Pat’s memory showed no sign of improving, I felt my own anxiety rising. This was beyond my ken. “Put your coat on, Pat, we’re going to the hospital,” I said. Pat, who hates hospitals, obeyed without resistance, further evidence of his altered brain state.

The wonderful emergency room team determined Pat had broken his arm, had no evidence of concussion, and was likely suffering from what is known as transient global amnesia, presumably a response to trauma. (In fact, Pat had actually been run over by a car in 1979, which perhaps had served as a feeder memory for today’s event, something we can’t know for sure.) After several hours had passed, he still was not “making memories,” as the nurse called it, and they decided to keep him overnight for observation.

By the next morning, when we spoke on the phone, Pat was able to recall he had been awakened by nurses shortly after midnight and at 4:30. He still could not remember the accident, but his brain was clearly coming back online. Finally, I was able to explain what had happened and he could retain it. I felt sick about what my driving error had put him through and did my best to apologize. It felt so inadequate. By midday, he was agitating to return home, a sign that he was really himself again. I felt enormous gratitude and relief that he was okay and that no one else had gotten hurt. When I went to pick Pat up that afternoon, they had me park outside and wait in the car until he came out. As he walked across the drive, I shouted out the window, “The car is in Park!” which drew a huge smile. Pat picks up the story from here.

During that restless night in the hospital I found myself rehearsing a number of revelations:

In the morning, when I could clearly see the picture hanging on my hospital room wall, I was stunned. It bore a striking likeness to the picture that is the banner on my homepage: https://justathoughtbypat.com

I took a photo with my phone: 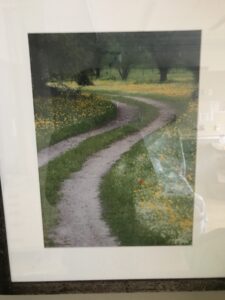 I realized immediately that somehow I needed to share this moment with you.

Everything was made so much easier knowing there are people I can tell.

If there’s one thing I know, it’s that each of you has lived through your own trauma every bit equal to my recent event. We don’t always like to talk about it, but knowing we’re not alone promotes healing. And we can heal.

So as morning broke I called Marsha and Erin, and I spoke with my dear friends Joe Thomas and Neil Vance, and, most importantly, I began writing to all of you. 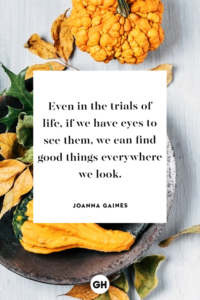 God Bless You All