“In any war, the victors may be destroyed as completely as the vanquished. They still have their lives, but they have given up everything else in order to keep them. They sacrifice what they do not realize they have until they have lost it. And so the man who can win the war can only rarely survive the peace.”  ― Natalie Haynes, A Thousand Ships

As America’s war in Afghanistan has ended I’m reminded that veterans suffer from addiction in disproportionate numbers. For many, the war on the ground may be over, but the one in their mind is not. 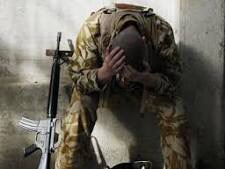 “Only the dead have seen the end of war.” — Plato

Many seek out drugs or alcohol to quiet the sounds of the battle, yet that peace never comes. They are dragged only deeper into their addiction.

Not long ago I encountered such a veteran. He was standing on a street corner, dressed in his fatigues, in a state of mental anguish, crying out his name, rank and serial number.

So many veterans are unable to forget the unforgettable, “feeling morally tainted by their experiences, unable to recover confidence in their own goodness, trapped in a sort of spiritual solitary confinement.” — David Brooks

Moral injury is the damage done to one’s conscience or moral compass when that person perpetrates, witnesses, or fails to prevent acts that transgress one’s own moral beliefs, values, or ethical codes of conduct. A morally injured veteran may feel grief, guilt, remorse, shame, outrage, or despair and sometimes masks their inner pain with alcohol or drugs.

“Moral Injury is a deep soul wound that pierces a person’s identity, sense of morality, and relationship to society.” — Diane Silver

The term moral injury was first used by Dr. Jonathan Shay in his work with veterans of the Vietnam War to describe a sense of betrayal of going into war believing themselves to be a good person fighting for a good cause and then discovering none of it is true, that their acts of aggression on the battlefield were acts of betrayal to their own conscience.

“To know your Enemy, you must become your Enemy.”  ― Sun Tzu 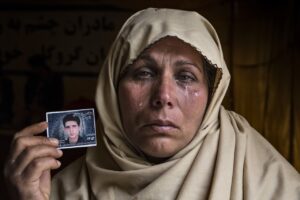 Following is an excerpt from an interview by NPR’s Terry Gross with journalist David Wood, November 11, 2014.

Joey Schiano was a 22-year-old soldier in Afghanistan and a member of a battalion engaged in a bad firefight. They were pinned down in a gully taking fire from an adobe farm compound. They couldn’t move forward, they couldn’t move back. They were just stuck there.

Finally the combat commander told Joey to fire a rocket into that farm compound. So Joey obeyed orders, strapped the launcher on his shoulder, took aim, pulled the trigger, and blew away much of the building.

In the chaos that ensued from that, they could all hear people yelling and screaming and their interpreter said they want to bring out the wounded. And when they started to bring out the wounded, they found that most of them were women and children who had been herded into that corner of the building that Joey’s rocket had destroyed.

Joey was devastated. He felt responsible for the deaths of scores of women and children.

Joey soon left the army, returned home, and there attempted to rebuild his life and heal his shattered mind. But the war would never leave him. The memory of dead women and children would haunt him. He would see their faces in his nightmares and those nightmares would live on into each day.

One day Joey’s war did end. He walked out into heavy traffic, launched himself in front of an oncoming car and was killed instantly.

The battle that raged in his head was finally over. His death was recorded as a traffic fatality, but it wasn’t.  Joey Schiano died from the wounds he received in the forever war.

We say the war in Afghanistan is over, but for whom?

“How can you have a war on terrorism when war itself is terrorism?”  ― Howard Zinn

So as America disengages from war in Afghanistan, let us not forget the lingering wounds that will be carried by the Americans who return and the Afghanis who remain, and let us do what we can to promote healing, and do our part to end the forever war.