“The past is never dead. It’s not even past.” ― William Faulkner

I remember a time when the embers of resentment still burned from battles fought in the Second World War. 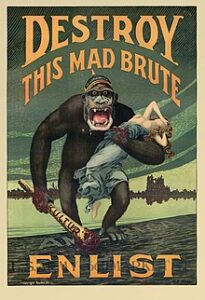 When I was a kid most of the dads on my block had fought in World War II and feelings about the war still ran high. Indeed, many of the men were scarred by the war, suffering from what we now know as PTSD. Those scars were passed on to the children. One of our favorite games was lining up my plastic army men to shoot down the plastic German army men. The Americans won every time.

But my story today is about how our little dead-end street of Lorentz Place moved from remembering to forgiving.

Back in 1953 Rudolph Deckinger, a decorated German soldier, moved with his wife and two children into a home next to ours. As I remember, he was a pastry chef and was renowned for his German chocolate cake.

You need to understand that for many, the war wasn’t over. There was a tremendous amount of prejudice against those of German and Japanese descent. This antagonism was passed on from parent to child and as a consequence the Deckinger kids were taunted and teased unmercifully for speaking English with a German accent, especially young Rudy. I could see, even as a little child, it wouldn’t be long before a fight would break out.

“War is what happens when language fails.”  ― Margaret Atwood

One Saturday afternoon three of the neighborhood bullies attacked Rudy, really laying into him. Then I remember seeing Mr. Browning bolt out of his house, charge up the street and dive into the melee. Pretty soon the bullies were being peeled off like so many rag dolls. Mr. Browning got Rudy stationed behind him, squared up against the tough guys and challenged them to take their best shot. They all declined.

Bill Browning was nobody’s fool, a decorated war veteran himself who earned his living as an engineer working on big boilers. He had keen eye for the vulnerable as his youngest son Johnny had a learning disability.

But the next chapter of the story is where we were taught the real lesson .

Mr. Browning got with Rudy’s dad and planned a neighborhood picnic that would be held in the Deckingers’ back yard the following weekend. The plan was simple: there would be plenty of hamburgers and hotdogs, and best of all, Mr. Deckinger’s German chocolate cake. 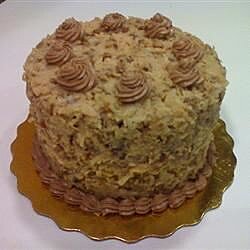 So at three o’clock the next Saturday afternoon all the neighbors gathered  and gorged themselves on Bill Browning’s burgers and Rudolph Deckinger’s delectable cake.

The plan worked perfectly. The party was a huge hit. But most of all a community was created — not just any community but one that included a German family. At the end of the party Bill Browning lifted a toast to the Deckingers and welcomed them to Lorentz.

The picnic he planned set the neighborhood on a new footing. One thing was for certain: when any of us heard the word German our first thought would not be an enemy soldier but a chocolate cake.