Once reality gets degraded, it’s really hard to get it back.” ~ Keith Darden

Bamboozles are the ways we get comfortable with lies. They comfort us, conform to our prejudices and allow us to pretend we’re bigger, better, and prettier than we are.

The writer Upton Sinclair described how some get bamboozled: “It is difficult to get a man to understand something when his salary depends upon his not understanding.”

And don’t we often prefer to have our prejudices confirmed, our indiscretions excused and our resentments fed? Aren’t we more drawn to a reassuring lie than an uncomfortable truth? 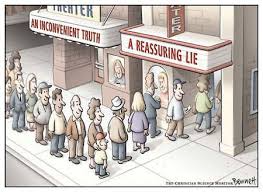 The bigger the bamboozle the more dangerous it becomes.

Before the American Civil War lies about slavery bamboozled the public imagination. The defenders of slavery argued it had existed throughout history and was the natural state of mankind. The Greeks had slaves, the Romans had slaves and until just recently so did the English.

Defenders of slavery argued that the institution was divine, and that it brought Christianity to the heathen from across the ocean. Slavery was, according to this argument, a good thing for the enslaved. John C. Calhoun said, “Never before has the black race of Central Africa, from the dawn of history to the present day, attained a condition so civilized and so improved, not only physically, but morally and intellectually.”

James Thornwell, a minister, wrote in 1860, “The parties in this conflict are not merely Abolitionists and slaveholders, they’re Atheists, Socialists, Communists, Red Republicans, Jacobins on the one side and the friends of order and regulated freedom on the other.”

The Civil War was, as much as anything, a war over a great bamboozle. 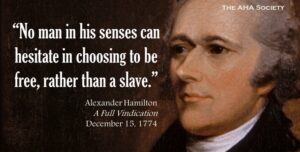 I bamboozled myself for twenty years simply to protect myself from being labeled an alcoholic. My bamboozle was: How could a fine man like me ever be an alcoholic?

When my bamboozle blew up and I hit bottom I came to a stunning revelation: I was not only an alcoholic, but I’d spend the rest of my life reminding myself of that fact.

Oh, how hard It is to shake a bamboozle.

Carl Sagan observed, “One of the saddest lessons of history is this: If we’ve been bamboozled long enough, we tend to reject any evidence of the bamboozle. We’re no longer interested in finding out the truth. The bamboozle has captured us. It’s simply too painful to acknowledge, even to ourselves, that we’ve been taken. Once you give a charlatan power over you, you almost never get it back.” 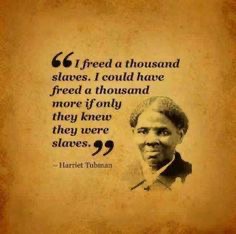 There’s an ancient unattributed story about how the Great Bamboozle was born:

One day a man named Truth and a man named Lie stood by a river just outside of town. They were twin brothers. Lie challenged Truth to a race, claiming he could swim across the river faster than Truth. Lie laid out the rules to the challenge stating that they both must remove all their clothes and at the count of three, dive in to the freezing cold water, swim to the other side and back. Lie counted to three, but when Truth jumped in, Lie did not. As Truth swam across the river, Lie put on Truth’s clothes and walked back in to town dressed as Truth. He proudly paraded around town pretending to be Truth.

Truth made it back to shore, but his clothes were gone and he was left naked with only Lie’s clothes to wear. Refusing to dress himself as Lie, Truth walked back to town naked.

People stared and glared as naked Truth walked through town.

He tried to explain what happened and that he was in fact Truth, but because he was naked and uncomfortable to look at, people mocked and shunned him; refusing to believe he was really Truth. The people in town chose to believe Lie because he was dressed appropriately and easier to look at. From that day until this, people have come to believe a lie rather than believe a naked truth.

So humans have lived with bamboozling since — forever. Now the Great Bamboozle is underway on a grand scale, threatening even our democratic institutions.

There is a way forward but it takes practice.