The other night I had a dream. I was running — from what, I don’t know; to where, I can’t say — but running as fast as I could. The end was hazy. All I know for sure is that I never got away. I never do.

I’ve had some version of this dream all my life. But my guess is I’m not alone. If we all gathered around a campfire and shared the one dream we most remember, I suspect it would be some version of the dream I just shared.

The 19th Century philosopher Arthur Schopenhauer wrote, “True mental health consists in a perfect recollection of the past…and madness is the torn thread of memory.”

I’m blessed to be married to a therapist. Marsha and I talked about what Schopenhauer said. There’s a lot of evidence that none of us recalls events of the past flawlessly. So what does he mean? Marsha says when something traumatic happens to us, our memory of that trauma often gets stuck in the perspective of the age we were when it happened. Part of healing from the trauma is coming to see the memory through our adult eyes.

If that’s true, then I’d judge I’m only at the midpoint in healing my own memories.

There’s one memory that I’ve shared before that I recently realized has largely healed.

In 1962, when I was 13, my dad and I got into a bitter argument that escalated into a fistfight. When it ended, he got off the ground, gave me a look of disgust I’ll never forget, and walked away. I never saw him again.

He passed away four days later on a business trip.

I was left with a deep and frightful scar on my psyche. I wondered if I was at least somewhat responsible for his death. Could our fight have caused it? Even more frightful, what state was his soul in? My Catholic faith led me to have great concern as to whether my father was going to hell. Had I played a part in sending my father to hell?

Alcohol became my best friend precisely because it could destroy memories — until there came a time when it couldn’t. When sobriety came so did therapy, and with therapy I came upon the need to remember and mend all the memories I had chosen to forget.

My understanding of what happened in 1962 had never risen above that of my 13-year-old recollection. I had never asked for help, never reached out for consolation, never spoken to anyone about it. It would be my secret. I locked it up and threw away the key.

Finally, much later, I arrived at a much clearer, truer and more honest recollection of what really happened to my dad. 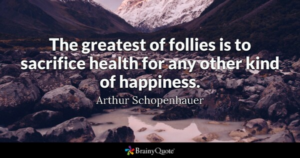 The truth was my father, Jack Moriarty, at the time of his final trip, was a sick man. Five bouts of malaria during World War II had compromised his immune system. Heavy smoking, heavy drinking and a sedentary lifestyle had compromised his cardiovascular system. My father suffered from atherosclerosis and died of a heart attack. My 13-year-old recollection of why my father passed away was not only incomplete, it was — wrong. I hadn’t killed my father. I wasn’t responsible for his afterlife.

I drank for 23 years in part to forget something that never happened in the first place.

It was in working a 12-step program and in therapy that I finally acknowledged my own childhood trauma and got the help that I needed to mend my body, soul and spirit.

But time takes time and still, as a 72-year-old man, I’m visited in the dead of night by 13-year-old Pat in need of understanding. I’m grateful for what I’ve learned about giving comfort and protection to little Pat.

Now I’d like to be sitting around the campfire with all of you, talking about how we can heal all our little ones.