Marsha and I have a number of dear friends engaged in difficult situations. We each have our own way of praying for them, and shared with each other recently how seriously we take these prayers. 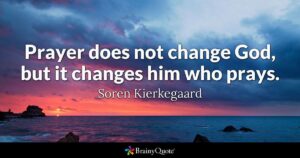 Our conversation got me curious about the role of prayer in the lives of two individuals who changed the course of American history.

Isabella Baumfree was an African American born into slavery in 1797. At the age of nine she was sold away for the sum of $100 and a flock of sheep. She would never see her parents again. 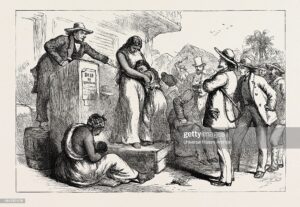 Her new master, a profoundly cruel man, raped and beat her regularly. To survive her hellish existence she erected a brush temple deep in the forest and, in keeping with African tradition she had learned from her parents, she went there often to pray.

At age 18, Isabella fell in love with a slave named Robert but was forced into marriage to another man simply because he worked on the same farm. She would bear five children, all of whom would be sold into slavery. I cannot imagine the agony these losses must have caused. Later, she would get the courage to walk away from that farm — never to return. The enormity of her trauma seems matched only by the enormity of her courage, drawn at least in part from prayer, if we are to understand her story. 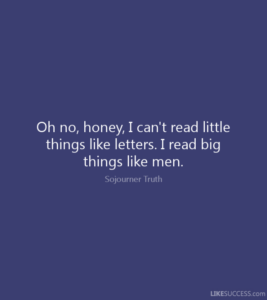 Later, after one night of deep prayer,  Isabella Baumfree awoke as — Sojourner Truth.

In this new identity she became a conductor on the Underground Railroad and a powerful symbol to all those still held in bondage that a new day was coming.

“Children, who made your skin white?” she said. “Was it not God? Who made mine black? Was it not the same God? Am I to blame, therefore, because my skin is black? … Does not God love colored children as well as white children?”

Harriet Beecher Stowe called her a woman with more “personal presence” than anyone she had ever known. 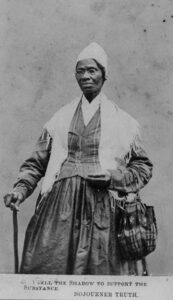 Abraham Lincoln learned the language of prayer from his stepmother, Sarah, during his impoverished childhood. His mother died when he was nine, and his sister when he was 12. His father abandoned him while he searched for another wife. When he did return, he brought with him four new mouths to feed.

Thomas Lincoln was a cruel man, and beat young Abraham for merely wanting to read. He hired him out as a laborer to neighbors for extra cash. He discouraged him from going to school, and after but one year of formal education, threw away his books. Lincoln grew to despise his father and referred to himself as his slave. When he came of age he left, never to see or speak to his father again, refusing even to attend his funeral.

Lincoln turned to prayer to survive a life full of trials and tribulations:

“I have been driven many times upon my knees by the overwhelming conviction that I had nowhere else to go. My own wisdom and that of all about me seemed insufficient for that day.” 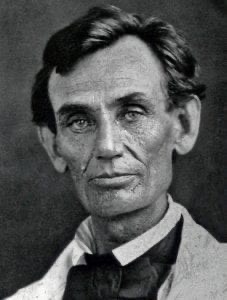 He was asked by General Dan Sykles whether he’d been afraid before the battle of Gettysburg.

“Well, I will tell you how it was. In the pinch of your campaign up there, when everybody seemed panic-stricken and nobody could tell what was going to happen, oppressed by the gravity of our affairs, I went to my room one day and locked the door and got down on my knees before Almighty God and prayed to him mightily for victory at Gettysburg. I told Him that this war was His, and our cause His cause, but we could not stand another Fredericksburg or Chancellorsville. … And after that, I don’t know how it was, and I cannot explain it, soon a sweet comfort crept into my soul. The feeling came that God had taken the whole business into His own hands, and that things would go right at Gettysburg, and that is why I had no fears about you.”

Eventually, these two great souls would meet. Sojourner Truth in 1864 recounts her visit with Lincoln in the White House:

“Mr. President, when you first took your seat I feared you would be torn to pieces, for I likened you unto Daniel, who was thrown into the lions’ den; and if the lions did not tear you into pieces, I know that it would be God that had spared you; and I said if He spared me I would see you before the four years expired, and He has done so, and now I am here to see you for myself.” 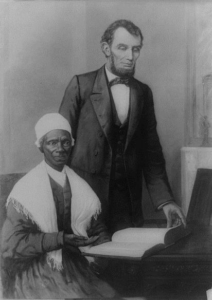 We cannot know or fully understand how prayer sustained each of them, or enabled them to persevere in the face of great danger and unimaginable burdens.

Imagine how different America, and the world, would be had they not.

Their stories compassionately illustrate there’s no trauma beyond healing, no nation beyond redemption.