Be content with what you have; rejoice in the way things are.
When you realize there is nothing lacking, the whole world belongs to you. ∼ Lao Tzu

Contentment? What is contentment? As a younger man I would have choked on the admonition to rejoice in the way things are. 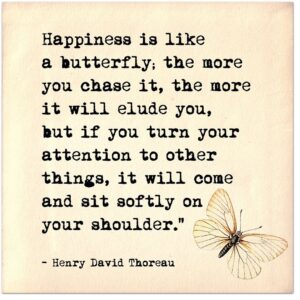 It took a long time for a butterfly to find my shoulder.

No illustration better describes my early struggles with contentment than a meeting I attended in a poor neighborhood in Lima, Peru in 1978.

I’d come to present a plan for infrastructure development to a village council. When I finished, an older woman raised her hand to ask a question. She slowly rose and in a soft, polite voice asked me, “Will your project bring our neighborhood greater happiness?”

But it stunned me. I remember looking up and down, then back at my notes, and finally stammering out, “Ma’am, I have no idea.”

The truth was, I had no idea.

But happiness? Contentment? Peace of mind?

These were matters of which I knew little. I had been strictly a big picture kind of guy. If you had pressed me I probably would have discounted the whole notion as silly and irrelevant.

Happiness was something I sought from external sources, evidenced by the fact that after the meeting I headed for the nearest bar. I thought discontentment was the normal state for everyone.

I look back on that meeting as a seminal moment when I began to question the direction of my life. 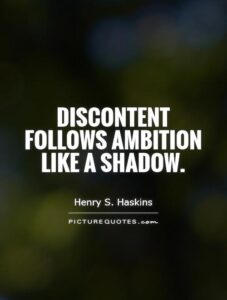 On my flight back I remembered a simpler time when I played on teams with no heroes, only mates; when sharing my marbles was way more fun than hoarding them; when rooting for the underdog was cool because it was like rooting for myself.

Somewhere in my journey I had lost contact with a purpose beyond my own ambition. I was doing “good work,” but I was driven by my own agenda rather that that of the people I sought to serve.

The reason I couldn’t answer the woman’s question was because I was afraid of my own answer. It was then I recognized how lost I was and how much I wanted to be found.

Over time, I changed the direction of my life and began traveling inward. I regained access to my feelings. I discovered my ability to love, and to let that motivate my actions in the world. 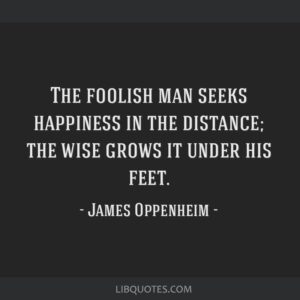 There are countless versions of this story circulating , perhaps because it strikes a chord with many:

An American investment banker was at the pier of a small coastal Mexican village late one morning when a small boat docked. Inside the small boat was just one fisherman who had already caught several large fish. He complimented the fisherman on the fish and asked how long it took to catch them.

The fisherman replied, “Only a little while.”

He then asked why didn’t he stay out longer and catch more fish.

The fisherman said he had caught plenty enough to provide for his family’s needs for quite a while, and even to give some fish away to others in the village.

The American then asked, “But what do you do with the rest of your time?”

The fisherman said, “I sleep late, play with my children, take siestas with my wife, and play guitar with my friends.”

He scoffed. “I am an experienced businessman and can help you,” he said. “You should spend more time fishing, and with the proceeds buy a bigger boat. With the proceeds from the bigger boat, you could have a fleet of fishing boats, open up your own cannery and control all of the distribution.”

The fisherman asked, “But, how long will that take?”

He laughed and said, “That’s the best part. When the time was right, you would sell your company and become very rich. You would make millions!”

He said, “Then you could retire, move to a small, coastal fishing village where you could sleep late, play with your kids, take siestas with your wife and play guitar with your friends.”

“I already do that,” said the fisherman. 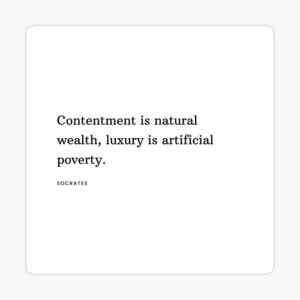