Remember, if you will, a difficult time in your life. Not a bad difficult time, but a hard difficult. Remember, too, those who walked with you and how, in walking together, you all made it through to the other side.

Remember those individuals, for they are special. 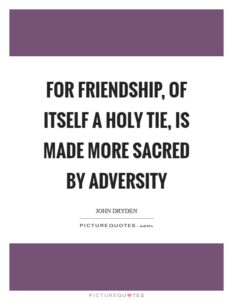 They are sacred friends. If you need a reference point let me share this story that comes by way of the NBC show, The West Wing. 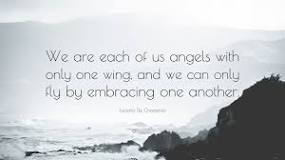 Here’s a story of one such friendship.

On the afternoon of July 12, 1962 my family was gathered in our living room absorbing the news that Dad had passed away the night before. Then suddenly, out of nowhere, a man is at our door with a six-pack of beer. I remember how he asked to see Dad and how I coldly stammered out, “Dad’s not here. He passed away last night.”

He dropped back, lowered his eyes, said how sorry he was, and that he had no idea. I asked him to come in and he immediately went over to Mother. She recognized him as he took her hands and they both began to weep.

Dad was a naval officer in World War II. Larry had served with Dad on a hospital ship. They traveled the South Pacific from combat zone to combat zone, tending to the sick and wounded. It was a gruesome business. During their four years at sea Dad suffered five bouts of malaria, a likely factor in his early death.

The Second World War was the great defining event for a whole generation of men and women like my mother and father, who forever became identified with this most noble of noble causes. The friendships forged in battle were made sacred by virtue of their shared suffering. Friendships that would stand into eternity. It shouldn’t have been surprising that one such friend would be among the first to say goodbye.

As a thirteen-year-old I had no concept of such things. It would take years for me to learn of the existence of sacred friendships. It wasn’t until I was fighting my own battles on the west side of Chicago that I found my band of brothers, my own sacred friends.

When we’re engaged with others in some kind of cause, I think we often share these things in common:

And yet as my parents’ generation so amply demonstrated, great wars are won through the combined efforts of weak and insecure people. Friendships are forged that are unlike any other — deep, reverent friendships that create strong, abiding ties. 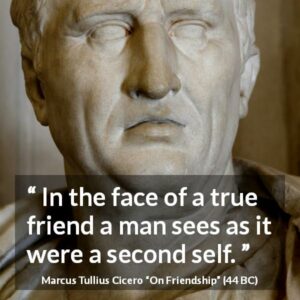 The truth is, sacred friends are endowed with the eternal right to show up unannounced anytime — especially when it’s time to say goodbye.