“For age is opportunity no less
Than youth itself, though in another dress,
And as the evening twilight fades away
The sky is filled with stars, invisible by day.”
~  Henry Wadsworth Longfellow ,

I’ve been thinking a lot about aging. I sometimes wake up feeling sad about the unrelenting deterioration of my body. Movements once simple are now painful. I don’t:

The awareness of these vagaries of age can wreak havoc on my mind. I want the return of the younger version of Pat who knew no limits. But, alas, I know from experience to be careful what I wish for.

An Old Man, bent double with age and toil, was gathering sticks in a forest. At last he grew so tired and hopeless that he threw down the bundle of sticks, and cried out: “I cannot bear this life any longer. Death, come and take me!” As he spoke, Death appeared and said to him: “What do you want Old Man? I heard you call me.” “Please, sir,” replied the Old Man, “Would you kindly help me lift this load of sticks on to my shoulder?”

I’m like that old man — faced with death, i’d rather be alive. 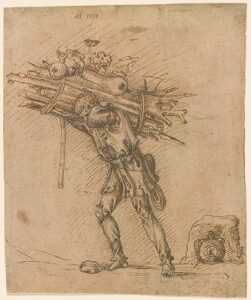 Like always, when I encounter something difficult I turn to the Serenity Prayer: God, grant me the serenity to accept the things I cannot change, the courage to change the things I can, and the wisdom to know the difference.

What I can’t change is the march of time. What I can change is my bundle of sticks.

I had been thinking that I’ve passed from the playing field of life to the side lines. Then I realized I’m still on the playing field and always will be — it’s just my role is changing. The time has come to give away my bundle. There may be wisdom in the sticks I’ve been carrying around all my life, and a new generation of travelers might find them useful. 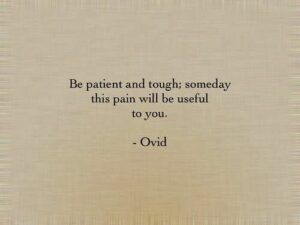 Here’s a story about the wisdom of age:

Why people die their own death (by an unknown author)

In ancient days old people did not die their own death. Instead, law and tradition required that they be taken into the mountains and pushed over a sacred cliff when they reached a certain age.

One family could not bring themselves to depart from their old grandfather, and so when his time came, they hid him in their cellar instead of taking him to the cliff of death.

At this time there was a great famine in the land. The crops had failed, the food stores were exhausted, and indeed, no one even had grain left for seed.

The grandfather, from his hiding place in the cellar, told his kin to remove the thatched roofs from their houses and rethresh the straw for any kernels of grain that may have been missed the first time. They did as he suggested, and harvested a good measure of forgotten grain.

Acting again on the old man’s advice, they sowed the newfound grain that very day. Miraculously their crop sprouted, matured, and was ready for harvest the next morning.

The king, who quickly learned of this miracle, demanded an explanation. Thus the family was forced to admit how they had violated law and tradition by sparing their old grandfather. The king, impressed by the family’s courage and by the old man’s wisdom, decreed that from that day forth old people would be allowed to live until they died their own death. 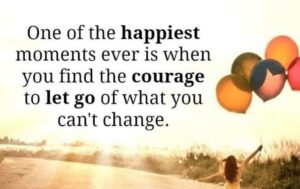 Three things happened in this story:

So this is one story that has a very happy ending. We don’t need to have sour grapes about getting older or be angry that autumn follows summer. This old man’s prayer is that we be blessed to see the stars in the night that follows day.