We have smart phones, smart watches, smart cars and smart homes.  We even have smart apps to navigate for us, spell for us, budget our money, brew our morning coffee.

Why is all this so troubling? 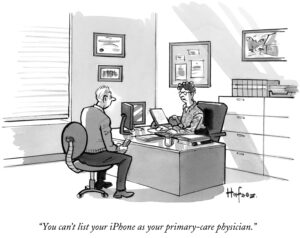 From The New Yorker

Could it be that smart is not all that it’s cooked up to be?  Mich Ablom observed in a recent graduation address, “You will never be as smart as you are today. Tomorrow you will have more doubts. In ten years, even more. By forty you will think you know very little. By fifty you’ll be sure of it. By sixty you’ll wish you were as certain as you were of things when you were fifty.”

I thought, how true.  Age begets doubts and doubts beget questions.  At 70 my question is not whether I’m smart enough to solve a problem but whether I can stay with a problem until its solves itself. 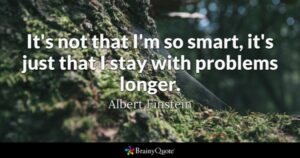 What I crave now is wisdom, not smarts.  So where exactly is the intersection of smart and wise?

A young prince posed this very question 2,300 years ago (excerpted from the Internet Story Club of America).

There lived a young prince who seemed to be wise far beyond his young age of thirteen. One day he approached his father, the king, and said, “Father, you told me that I would be king someday.”

“Yes,” said the king, “You will one day rule this land and all of its people. “But Father,” questioned the prince, “Shouldn’t kings be smarter than all the people they rule?”

”True,” replied the king, “it would be wonderful if they were. But not all leaders are smarter than those who follow them.”

The young prince asked, “Who is the smartest person in the world?”

The king paused for a moment, then replied, “There is a man in the city of Athens, named Aristotle, who has the greatest mind in all the world.”

“Please bring me to him, Father. I want him to teach me. The king was delighted. With pleasure, he replied, “Very well, my son, you will have your wish.”

He then took his son to meet Aristotle, who was quite pleased to hear the prince’s request. He greeted the young prince and said, “Your Highness, though you possess more treasure than any other young man your age, you have chosen to possess the greatest treasure on earth: knowledge. I will teach you everything I know about the world.” 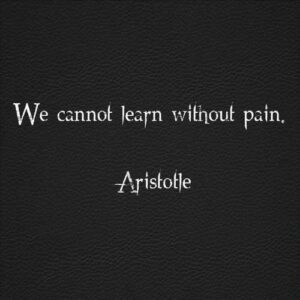 The prince was overjoyed. Aristotle began to tutor him in every field of study known at that time, such as art, literature, and science.  He taught him what is right and what is wrong. He taught that a healthy body is important for a healthy mind. He imparted knowledge about people and their different cultures.

The prince had recently turned the age of twenty and was crowned king. He called his old teacher, Aristotle, to his court. “Tell me now, sir, am I the smartest king in all the world?”

Aristotle replied, “No, Your Highness, I do not believe you are the smartest, since new knowledge is gained every day. However, I truly believe that you are the wisest king in all the world.”

The young king was somewhat surprised at the answer. He asked, “What is the difference between being smart and being wise?” Aristotle responded, “To be smart is a wonderful gift. The world is full of smart fools. To be wise is far greater. Those who are wise make full use of all they have learned.”

Smart isn’t anything on its own.