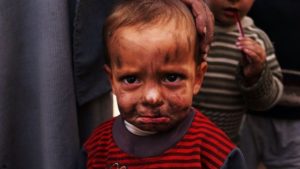 Like many of you, I’ve become traumatized by the plight of the growing refugee population.  By some accounts, they number over 65 million, 48 million of whom are children.  The global response to this crisis has been appalling.  Tens of millions have been left stranded in makeshift way stations, refugee camps or drifting at sea.  Refugees are being treated as the enemy, and since most refugees are children, children are the new face of the enemy.

This blog is very often focused on the personal experience of addiction and sobriety.  I find myself wondering these days whether we are having a collective experience of addiction, where we have become callous and drunk on fear and selfishness.  How can we not see our own ancestors in the faces of people forced to leave their homelands?  And what of the children, abandoned and orphaned in numbers like no other time in history, innocents who have done nothing to deserve such misery?  Maybe we are facing a collective need to admit to our addiction to selfishness and isolation, and to sober up and engage with the realities before us. 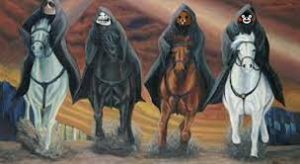 The refugee crisis is just one of many painful realities that can feel overwhelming.  I know that I cannot fix any of these problems myself.  Because they are overwhelming, I often feel I can do nothing but retreat into my own world and its illusion of safety and predictability.  But I realize that to do so is to succumb to my version of the four horsemen of doom: Anger, Resentment, Cynicism, Despair.

History shows us that times such as these are not new.  Darkness has descended upon past generations and they have survived.  But I remind myself that survival is not a certainty.  So what do I do?  What do we do?  How do we find clarity that can lead to meaningful action?  Where do we look for inspiration and strength?

For the next several weeks, I would like to share thoughts from humanitarian voices of the past who lit the way forward with lanterns of compassion during dark times. 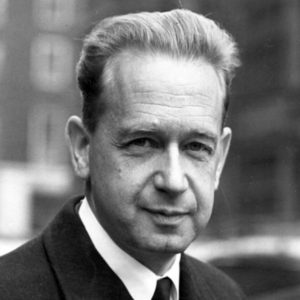 As the world exited from World War II and the global calamity that was the first half of the twentieth century, the question of the day was how to stop this from ever happening again.  As many as 100 million people had been slaughtered over a thirty year period.  One response was the creation of the United Nations.  Dag Hammarskjöld was a Swedish diplomat selected to serve as its first Secretary General.  He is regarded as one of the great humanitarians of the twentieth century and was posthumously awarded the Nobel Peace Prize.  No man spoke compassion to bitterness better than he, and his words seem so relevant today.  His book, Markings, published in 1963, is a testament of how to live in faith.  He wrote, “In our age, the road to holiness necessarily passes through the world of action.”

I have selected this passage from an address he gave before the Indian Counsel on World Affairs, delivered on February 3, 1956:

“Finally, I have said this attempt to describe an ideology (of the United Nations) also appears as a framework for charity — in the special sense I used the word.  It is no news to anybody, but we sense it in different degrees, that our world is more than ever before one world.  Th weakness of one is the weakness of all and the strength of one — not the military strength but the real strength, the economic and social strength, the happiness of the people — is indirectly the strength of all.  Through various developments which are familiar to all, world solidarity has, so to say, been forced upon us.  This is no longer a free choice among enlightened spirits; it’s something those whose temperament leads them in the direction of isolationism have also to accept.  In such a world it is impossible to maintain the status of the “haves” and the “have nots,” just as impossible as it has grown to be inside a national state.”

And finally, a clue as to what inspired and sustained Hammarskjöld on his humanitarian path:  “I don’t know who or what put the question.  I don’t know even when it was put.  I don’t even remember answering.  But at some moment I answered YES to someone or something and from that moment forward I was CERTAIN existence was meaningful and that, therefore, my life, in self-surrender, had a goal.”