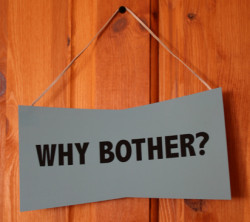 Some time ago, I attended the funeral of Verdell Trice. Verdell was nicknamed the “Mayor of the West Side” because for more than 50 years he worked to make this desperately poor community in Chicago a better place to live.

During the 1970’s I had the honor of working with Verdell on economic and social development programs aimed at improving the living conditions on the West Side. I was just one of hundreds of people that joined with West Side residents in working toward a better future. It was challenging work, and it was easy to feel discouraged at times. Verdell was always positive, though. He had the calm, wise spirit forged from a life of persevering in the midst of hardship. He lived 93 years, and I daresay not one of those days was lived without the belief that better days were ahead.

After the funeral I took a drive through the West Side community in which so many of us labored. I hadn’t been there for some time and didn’t know what to expect. What I saw was so many vacant lots, abandoned and boarded up buildings, all things common to an urban ghetto. This community in which 50 years ago I and so many others toiled had become a virtual urban desert. 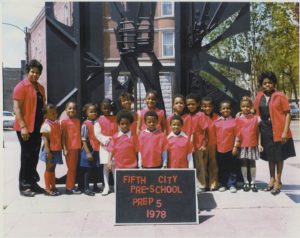 There, standing in the midst of all this urban decay was a sign that told an entirely different story, a story in which Verdell and so many others had played a critical role. The story of the 50-year history of the 5th City Preschool, an oasis of learning in the midst of this urban desert. Just as Verdell Trice had stood through the onslaught of unrelenting hard times on the West Side, so had the Fifth City Preschool. This little place of learning has nurtured generation after generation of young people in a bold, bright, positive, and caring environment.

As I left for my home on the North Side of Chicago I was feeling blessed by my time on the West Side,

It was an answer to an ongoing, bedeviling question. In the midst of hopelessness, where some things seem to never get better, where the rich get richer, the poor get poorer, and the rest get drunk – WHY BOTHER?

My visit to the West Side called to mind this story:

Once upon a time, there was a wise man who used to go to the ocean to do his writing. He had a habit of walking on the beach before he began his work.

One day, as he was walking along the shore, he looked down the beach and saw a human figure moving like a dancer. He smiled to himself at the thought of someone who would dance to the day, and so, he walked faster to catch up.

As he got closer, he noticed that the figure was that of a young man, and that what he was doing was not dancing at all. The young man was reaching down to the shore, picking up small objects, and throwing them into the ocean.

He came closer still and called out “Good morning! May I ask what it is that you are doing?”

The young man paused, looked up, and replied “Throwing starfish into the ocean.”

“I must ask, then, why are you throwing starfish into the ocean?” asked the somewhat startled wise man.

To this, the young man replied, “The sun is up and the tide is going out. If I don’t throw them in, they’ll die.”

Upon hearing this, the wise man commented, “But, young man, do you not realize that there are miles and miles of beach and there are starfish all along every mile? You can’t possibly make a difference!”

At this, the young man bent down, picked up yet another starfish, and threw it into the ocean.

As it met the water, he said, “It made a difference for that one.”

Aren’t we nothing more than lucky starfish?