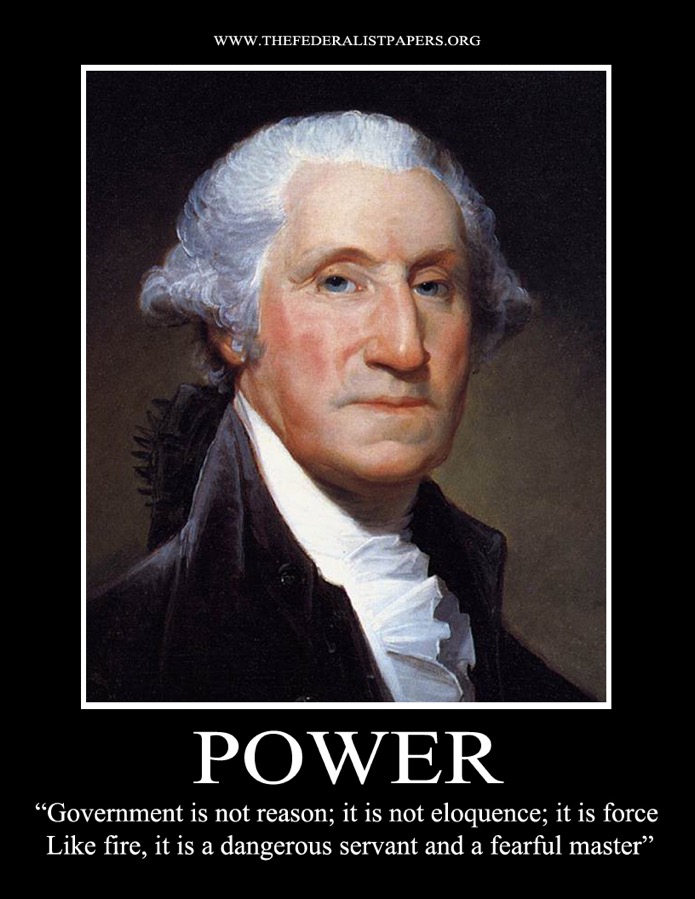 “Government is not reason; it is not eloquence; it is force. Like fire, it is a dangerous servant and a fearful master.”  ~ George Washington

As I experience the current change in government in the United States, Washington’s words burn my ears and prompt a sober reflection on the subject of power.

Sobriety teaches me always to look inward first, to search my own heart, examine my own conscience.

How has the quest for power possessed me?  As a kid I resisted anything that made me feel less powerful.  I wanted more power, never less.  As a young man power was something to be accumulated, like real estate.  When I drank I often had the illusion of having claimed more real estate, only to awaken the next day and discover I didn’t even possess the real estate between my own ears. 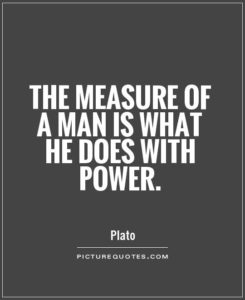 Now, we are witnessing a government navigate a transfer of power:

The question of power has erupted with renewed vigor at dinner tables where people are throwing up their hands in either horror or elation, but either way wondering where things are headed.  The contrast in the understanding of power between our incoming and outgoing presidents could not be more stark.

Forty years ago I got a great lesson from someone who knew a thing or two about power. 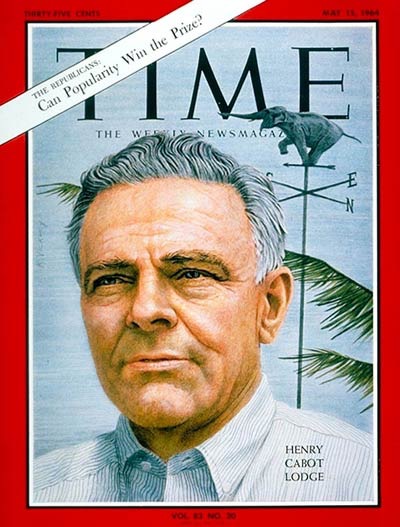 I had the opportunity to participate in an interview with Henry Cabot Lodge.

Ambassador Lodge enjoyed a ringside seat to how power had been wielded at critical times in our nation’s history.  Who better to render an informed opinion?

During the interview I asked him what his experience had taught him about power.  Politics quickly gave way to perspective and a rather remarkable reflection.  He paused and closed his eyes, then proffered that we could do no better than take our clues from our first president.  He said that George Washington knew better than anyone the ephemeral nature of power.  Washington understood that if one becomes attached to power, then power can become a crucifix on which one is crucified.  Power, Washington believed, could really only be borrowed for a short time to accomplish a specific task.

He went on to recount how Washington always walked away from power:

Washington saw power as simply a means to an end.  After the Revolutionary War he relinquished the power he’d borrowed.  After he served as president he let go of power he had only borrowed.

What a priceless lesson.  True power, real power, powerful power is only a borrowed instrument, never to be possessed.

It’s true: You only get to keep what you give away.

Would that the current occupant of the White House practice the teaching of the first.

“Beware how you trifle with your marvelous inheritance, this great land of ordered liberty…” ~ Henry Cabot Lodge