“Give me your tired, your poor, Your huddled masses yearning to breathe free,
The wretched refuse of your teeming shore.”  – Emma Lazarus 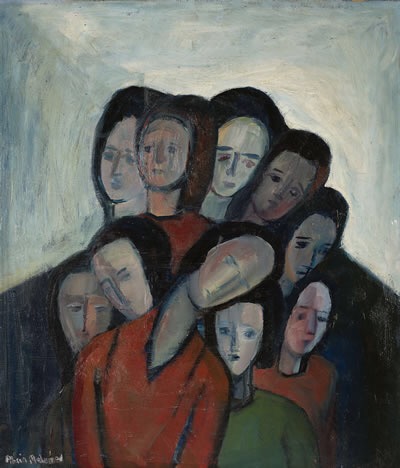 I’ve been sickened by how fractured my country of America has become.  The tone of nation has turned ugly; a bunker mentality seems to be tearing us apart.

As I thought about this recently, I realized I had learned some valuable lessons from Rogers Park – my Chicago neighborhood.

Rogers Park is a big community.  We have neighbors from a 100 different geographies, all celebrating their difference out in the open.  In Rogers Park everyone is an immigrant from somewhere.  Even if you’re a member of the Daughters of the American Revolution, you are but one more minority.  Perhaps because Rogers Park was originally settled by Jewish immigrants from Europe, an early tone of acceptance set in.

Anchored on the east by Lake Michigan and Loyola University, the nation’s largest Jesuit university, and on the west by the largest Orthodox Jewish community outside Israel, Rogers Park is a grand collection of people from every corner of the world.

Mention Devon Avenue to any East Indian in the Midwest and you’ll immediately get a knowing response.  It’s a thriving commercial and retail hub that draws people from the Indian and Pakistani diaspora from far distances.
Yes, indeed, in Rogers Park it’s:

We hear of ghastly crimes being committed all over the world by one ethnic group against another.

Yet in Rogers Park these obvious differences

When I asked our local alderman what he thought was the reason for our inviting spirit, he whimsically replied, “It’s not good business to kill your customers.”

Living in Rogers Park has taught me to throw out the welcome mat.

For wasn’t it true – that mat was thrown out for me when I landed as a refugee from the Northwest 22 years ago.