Are you a daytime dreamer or do you dream at night?

I’m a little of both.

My dreams have taken me to mountaintop moments and descents into deep crevasses. But through it all, for whatever reason, I’ve always continued to dream.

Not surprising, I suppose, since I matured in the 1960’s with a generation of dreamers filled with wild passions, outsized egos and unbounded expectations.

Let me share with you one of my early dreams. In the 1970’s I spent the better part of five years working on what was called the Marshalls Human Development Project (MHDP):

“The Marshalls Human Development Project (MHDP) was a comprehensive effort that involved both the social and economic advancement of the islands…and to transpose their ancient heritage into forms relevant to the challenges of the twentieth century.” ~ Institute of Cultural Affairs (ICA)

A group of us with the ICA, led by Neil Vance, a former U.S. Peace Corps volunteer in the Marshalls, were tasked with finding the money for this faraway project. A tough assignment since few people had ever heard of the Marshall Islands, which was a UN Trust Territory administered by the U.S. until attaining full independence and becoming a sovereign nation in 1986.

This dream led to the crazy idea of asking the United States Congress to pass legislation to fund the project. After five years of hard work, and many ups and downs, legislation (PL9544) was enacted and funding finally appropriated to provide needed support for the project.

The real work of the MHDP happened not in Washington, of course, but on the ground in the Marshall Islands by local residents and scores of volunteers who worked tirelessly to implement the program. 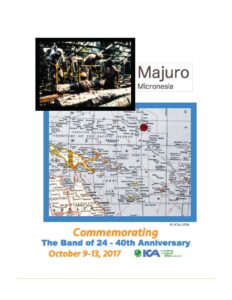 Little did we know, our dream of the MHDP would never be fully realized. Over the course of time the Marshall Islands had a rendezvous with a much more ominous reality: climate change.

The earth was warming, sea levels were rising, and the islands were flooding. It would be only a matter of time before the Marshall Islands were entirely under water, among the first casualties of global warming. The Marshall Islands were doomed.

But that didn’t mean the Marshallese people abandoned their dreams, not by a long shot. One by one, they changed their dreams to comport with their changing reality.

It began when John Moody, a young Marshallese, accepted the inconvenient truth that time was running out for the Marshall Islands and moved Springdale, Arkansas where he took a job with Tyson Foods, the nation’s largest meat processor.

He then sent letters home describing his new life and all the opportunities that awaited his friends and family in Springdale. In the tightly knit community of the Marshallese word spread and others began to move, first a trickle then a flood.

I found this interview with John in a Springdale newspaper:

“I said, if you want a better life, come here. I started bringing them over, little by little. All those people I brought, they still live there today,” he said. “I thought they would go back home,” he continued, smiling as if the whole thing seemed too strange. “I didn’t know that they would bring their neighbors and their friends and their brothers and their sisters.” Now more than a third of the population of the Marshall Islands have found homes in towns and communities around Springdale and in the Midwest. It won’t be long before the entire nation will be resettled.

All because John Moody dared to dream a new dream for his people.

John passed away in 2013 but his legacy lives on. He will forever be remembered as the the founder of a new colony for the climate refugees of the Marshall Islands. 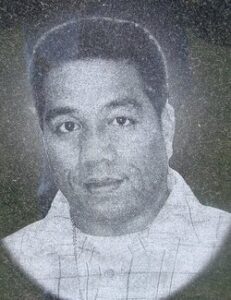 When I consider what became of my dream for the MHDP I look no farther than Springdale, Arkansas and how the people of Springdale embraced their new Marshallese neighbors and welcomed them to their community.

On a personal note, I’ve been taught it’s best to hold a dream lightly. Things rarely go as planned. You never know when the address of your dream might change.