Friday evening was the beginning of Passover, when the “mighty hand of Adonai” freed the Israelites from Egypt and sent them to wandering — in the desert.

It is a story well worth remembering. 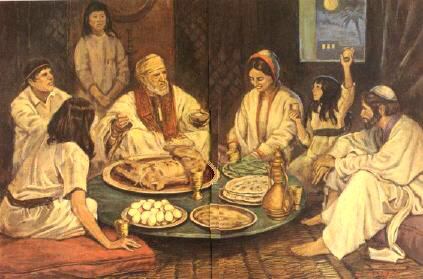 It begins when the Israelites were held in bondage in Egypt. The Hebrew word for Egypt is mitzrayim, which literally means a “narrow place.” The Pharaoh, the ruler of Egypt, starts fretting over whether the Jews living in Egypt will soon outnumber his own people. So he responds by forcing them into slavery, and decreeing that every son born to the Hebrews should be drowned in the Nile.

As the story goes, one baby, named Moses, is saved and adopted by Pharaoh’s own daughter. When Moses grows up, he reports that God has told him to go to the Pharaoh and command that he let the Jews go, as in to let them leave Egypt for some unknown destination. Pharaoh says no, so God makes him an offer he can’t refuse. He sends ten plagues, the final one to claim the fife of all first-born sons.

But the Jews have been told to mark their doors with the blood of a lamb they’ve sacrificed — the Passover offering — and so God “passes over” their homes and spares their oldest sons. This plague claims the life of the Pharaoh’s son, after which he finally relents and frees the Israelites to leave Egypt. 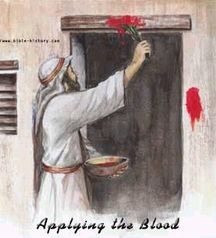 “Remember, on this day on which you went free from Egypt, the house of bondage, how Adonai freed you from it with a mighty hand.” ~ Exodus 3:13

As the story evolves the Israelites wander over the Sinai peninsula where life is entirely dependent on nourishment from strange and mysterious sources, over which they had no control but could entirely depend.

It was in the desert that the Israelites received their revelations, where they

Think about it. What better place to practice a faith than on a 40-year-long, meandering walk — in the desert.

It was in the desert that they taught themselves how find water in rocks, and to gather and feast upon milk and honey found on the desert floor. 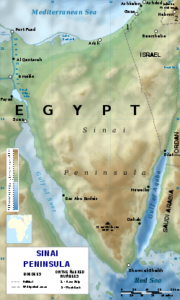 An interesting fact: Jerusalem is only 460 miles from Egypt. So during 40 years of wandering, the Israelites averaged only about 50 yards per day. Now that’s a lot of wandering.

When they did happen upon their Promised Land it looked an awful lot like the place they left but something was different: they had changed.

The desert had taught them many lessons:

Most of all, that the desert WAS their Promised Land.

The desert had turned a dispirited people into a nation, whose story we tell 5,000 years later.

And to think it all began with the decision to venture forth — into the desert. 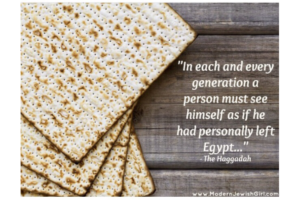 The Passover is a metaphor for so many of our shared adventures.

Indeed, those who’ve lived through an addiction or compulsive behavior know well the terrifying reality of inhabiting a “narrow place” from which there’s no way out.

Years ago I was miraculously delivered from the bondage of alcoholism, only then to find myself wandering in my own desert. I often asked myself during my wandering, to what end have I been saved?

The desert for me was a place of dread and hopelessness, without life.

Until I experienced my own Mt. Sinai revelation.

It came when my friend Joe and I, each steeped in our own despair, ventured out on a cross-country trip that took us through Death Valley. It was there, on the valley floor, in 120-degree heat, that I wondered aloud, “How could anyone ever live here?” To which Joe replied, “You make the desert your friend.”

That began the transformation of my own desert into my Promised Land.

I count myself among the chosen people, the scrappy lot of survivors who’ve come to make the desert a spiritual home and to live each day as the day we chose to leave Egypt to make a Promised Land — in the desert. 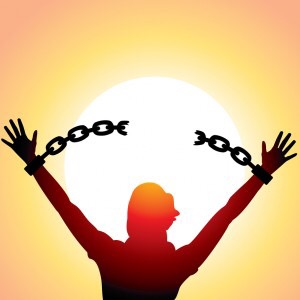