It is said that the Greek philosopher, Diogenes, carried a lamp with him at all times in an attempt to find an honest man. Reports were he never found one. 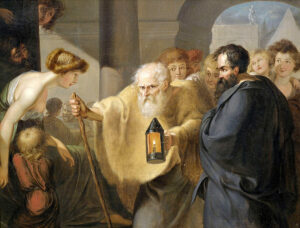 Why is honesty so elusive?

Perhaps it’s easier to cover a dishonest act with a good motive, or to dress a lie in a half truth in order not to be judged badly by others.

Perhaps it’s fear. When I was a kid honesty often came with a price: a penance, a scolding, sometimes even a switch. As a consequence, I often chose to connive my way out of my many misadventures rather than take my punishment.

When I got older, I learned it was normal to spin the truth to one’s own advantage. i saw politicians who turned spinning into a fine art. 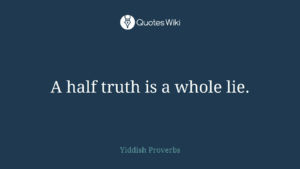 I danced in this shadowland until one day in June of 1985.

Then, in the span of an hour, my business and my life came crashing down on me:

I’ll never forget his words, “Perhaps it’s time you get honest with yourself. It’s time to put your affairs in order.”

On that day, at that moment, the life I knew was blown to smithereens. My gig was up. He went on to enumerate a litany of things that would never be the same.

It would begin with my drinking.

I went for a walk around Green Lake. In fact, I walked around it twice. I knew what he was talking about. The sand castle in which I was living, constructed in an alcoholic haze, was being washed away. Booze had broken my mind, body and soul. I was no longer able to distinguish truth from fiction, honesty from dishonesty.

I had, in fact, mastered the art of dishonesty.

A wise man once told me we’re not punished for our sins, but by our sins.

Certainly that was true for me. I remember in working my fourth step inventory how shocked I was to see the extent to which I hid from the truth:

The exercise made it clear I had no chance in hell of remaining sober unless I was ready to practice rigorous honesty. So began my journey.

The psychiatrist and Holocaust survivor Victor Frankl describes well what I began to learn in those early days:

“It did not really matter what we expected from life, but rather what life expected from us. We needed to stop asking about the meaning of life, and instead to think of ourselves as those who were being questioned by life—daily and hourly. Our answer must consist, not in talk and meditation, but in right action and in right conduct. Life ultimately means taking the responsibility to find the right answer to its problems and to fulfill the tasks which it constantly sets for each individual.”

What I have come to see in the ensuing years is that dishonesty often springs from the sense that I’m not good enough. If people saw me as I really am, how could they possibly accept me?

In fact, it’s just the opposite! The incredible paradox, I have learned, is that when I share my brokenness, there is a chance of connecting with others. I’m good enough just as I am! The road to honesty, it turns out, is self-acceptance.

I have discovered the lamp of Diogenes has only one source of illumination: the light from my own honesty. 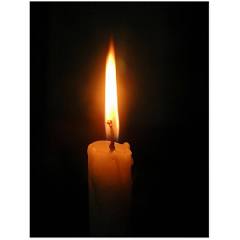