Melville wrote these lines in his classic novel, Moby Dick, describing the all-encompassing and ultimately fatal relationship between Captain Ahab and his white whale.

The white whale has come to symbolize many things: God, obsession, nature, fate, evil, and the very universe itself.  Each of us must, at one time or another, do battle with our own white whales. 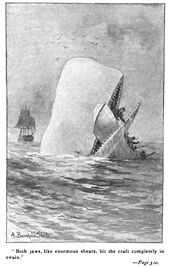 I wrote about my first battle in a recent post: “The Only Thing We Have to Fear.”

I was just five years old. My sister Kathy remembers the two of us going to a party where we encountered a little girl who stammered. We were so impacted by the experience that when we returned home we both were stuttering. Kathy got over it in a day or two. I didn’t. My stammer persisted for years.

That post was among the hardest I ever wrote; so many painful memories surfaced:

The neighborhood kids couldn’t understand why simply speaking had become so difficult for me. They reacted with laughter, leaving me feeling shattered and helpless. My reaction was to retreat into my own world and lose myself in books. The Queen Anne library, where silence was the rule, became my safe place. 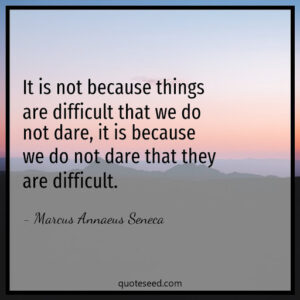 In the post I shared how my father encouraged me to become a public speaker. He helped me find good elocution teachers like Mrs. Hokanson and Mrs. Perry, who taught me innovative speaking techniques like “singing” my words. “Singers don’t stutter, so learn to sing your words and serenade your sentences,” Mrs. Perry told me.

She taught me how to add an inflection to difficult words and change the cadence of challenging sentences. After much practice my stutter subsided and my speaking style became distinctive. My fear of speaking morphed into a fascination with the spoken word. I learned to live with stuttering without having to stutter, but it took years to master.

Public speaking became my strength, culminating in my senior year in high school when I won the state oratory championship. I went on to the national debate tournament in Nashville,Tennessee, where, frighteningly, my great white whale resurfaced. 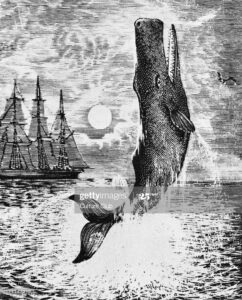 My debate coach thought my speech for the competition was too risqué for the conservative Southern judges and suggested I rewrite the entire thing.

Suddenly, what had been familiar became unfamiliar. All at once I was six years old again, stammering through each sentence. I was terrified I’d become tongue-tied in front of a national audience.

Then I remembered what I’d been taught and so often practiced: “Sing your words, Patrick, and serenade your sentences.”

I found an empty classroom and began to practice singing my speech. Then something strange occurred. I heard the voice of another person practicing her speech in an adjacent classroom. She, too, was singing her words. What a beautiful voice. What a beautiful speech!

Suddenly, I was not alone, and like magic, the words of my speech flowed freely from me. My whale was once again tamed.

When the final round came I delivered my oration flawlessly, with passion, purpose and conviction. I could have done no better. But I did not win. The girl with the beautiful voice won the national title. That girl was Shelley Long, who went on to an acting career in which she famously played Diane in the TV show, “Cheers.”

White whales are a terrifying fact of life for all of us. And yet, once we learn how to harness their power, we need not fear them. Indeed, they can become our fascinating companions.

Sometimes, we just need to be reminded to serenades our whales into submission. 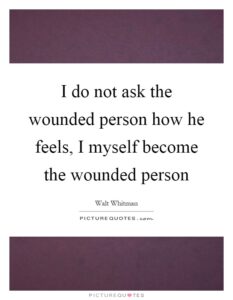