Skip to content
Menu
The recent public conversation on immigrants and immigration has had a tearing effect on the American psyche.  It seems for many Americans the memory of how we came to be American people has been forgotten.  For most of us, America is not our native land.  We, too, are foreigners, descended of refugees from an earlier time.  Many of our ancestors were greeted in an equally unwelcoming manner as so many immigrants are today. 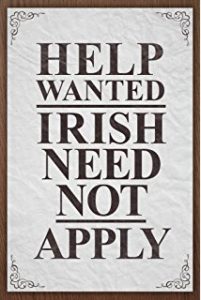 Isn’t it disquieting to remember that our forebears were every bit as desperate when they landed in America as those arriving today as refugees or impoverished immigrants?

Many of our own family stories are filled with pain and pathos:

Men and women leaving families they loved, cultures they valued and countries called home. They came to America not because they wanted to leave their homelands but because they could not stay.

The Moriarty story is no different.

Pat and Maggie Moriarty left Ireland in 1910, Gaelic speaking, with a sixth grade education and no marketable skill. They arrived in Butte, Montana to work in the Anaconda Copper mines, Paddy as a miner, Maggie as a maid.
Butte was no Bantry Bay. 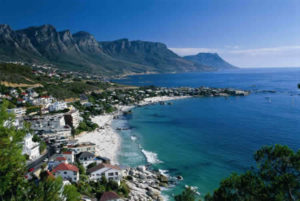 Pat and Maggie had come from the very southwest tip of Ireland, a place called Castletownbere near Bantry Bay, a perfectly lovely village, with lovely people, spectacular beauty, and a rich history.  Why would Pat and Maggie trade deep roots and a rich heritage for a world of strangers and copper dust?

It was in January of 1978 on a visit to Ireland that I came to understand my own story, recounted to me by my grandfather’s cousin, Nora Moriarty, who was the keeper of the family history.  She explained to me they left because they had no other options.

Nora said, “The drink, boy, the drink.  Paddy had to get out or, to be sure, he would end up just like Johnny boy here.  Nora left no doubt that Paddy Moriarty had to get out.  So he fled Ireland and entered New York harbor fully credentialed to be in America, every bit as desperate as any immigrant arriving today.
My soul is fed by remembering this truth of my own story.  My life is nourished by my roots, not in spite of them.  We are a nation of scraggly mutts, not sickly, stuck-up purebreds. 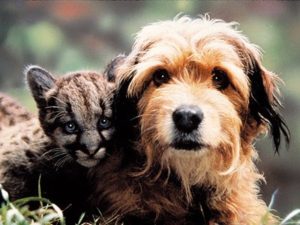 This article was originally published on November 4, 2017.

2 thoughts on “A Mutt Named America”