Our times are fraught with conflict and peril.  There is political turmoil, ecological disaster and all manner of terrible, worrisome things to keep us awake at night.  How do you manage the constant barrage of distressing news?  How about having a good laugh once in a while?  I share with you one of my all-time favorite news sources: The Onion.  Please enjoy without caution or moderation!

Death, a metabolic affliction causing total shutdown of all life functions, has long been considered humanity’s number one health concern. Responsible for 100 percent of all recorded fatalities worldwide, the condition has no cure.

“I was really hoping, what with all those new radiology treatments, rescue helicopters, aerobics TV shows and what have you, that we might at least make a dent in it this year,” WHO Director General Dr. Gernst Bladt said. “Unfortunately, it would appear that the death rate remains constant and total, as it has inviolably since the dawn of time.” 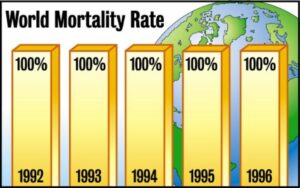 Many are suggesting that the high mortality rate represents a massive failure on the part of the planet’s health care workers.

“The inability of doctors and scientists to adequately address this issue of death is nothing less than a scandal,” concerned parent Marcia Gretto said. “Do you have any idea what a full-blown case of death looks like? Well, I do, and believe me, it’s not pretty. In prolonged cases, total decomposition of the corpse is the result.”

“What about the children?” the visibly moved Gretto added. 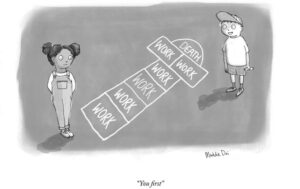 “At this early date, I don’t want to start making broad generalizations,” Citizens for Safety’s Robert Hemmlin said, “but it is beginning to seem possible that birth—as well as the subsequent life cycle that follows it—may be a serious safety risk for all those involved.”

Death, experts say, affects not only the dead, but the non-dead as well. 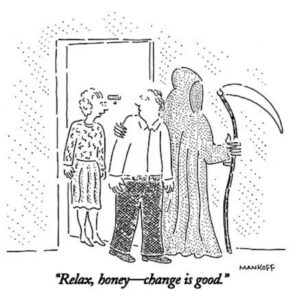 Death has long been considered humanity’s number one health concern. Responsible for 100 percent of all recorded fatalities worldwide, the condition has no cure.

“Those who suffer from death can be highly traumatized by it, often so severely that it kills them,” noted therapist Eli Wasserbaum said. “But it can also be very traumatic for the still-living who are left behind. The sudden cessation of metabolic activity characteristic of terminal cases of death often leaves the dead person in a position where they are unable to adequately provide for the emotional needs of their loved ones.” 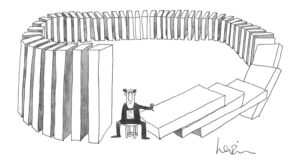 In the most serious cases of death, Wasserbaum explained, the trauma inflicted upon these still-living victims of death may continue throughout their entire lives, until their own deaths. “Thus,” Wasserbaum said, “the ‘vicious cycle’ of death trauma continues indefinitely.”

“Everybody talks about death,” Sen. Pete Domenici (R-NM) said, “but nobody seems to actually be doing anything about it. I propose we stop molly-coddling death, not to mention the multi-billion-dollar hospital, mortuary, funeral and burial industries that reap huge profits from it.”

Under Domenici’s new bill, all federal funds will be withheld from the medical industry until it “gets serious and starts cracking down on death.” 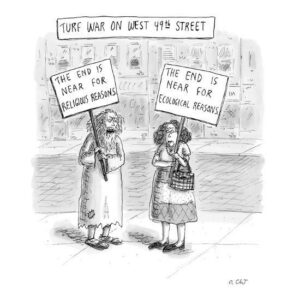 “Why should we continue to spend billions of dollars a year on a health care industry whose sole purpose is to prevent death, only to find, once again, that death awaits us all?” Nader said in an impassioned address to several suburban Californians.

“That’s called a zero percent return on our investment, and that’s not fair. It’s time the paying customer stood up to the HMOs and to the so-called ‘medical health professionals’ and said: ‘Enough is enough. I’m paying through the nose here, and I don’t want to die.'” 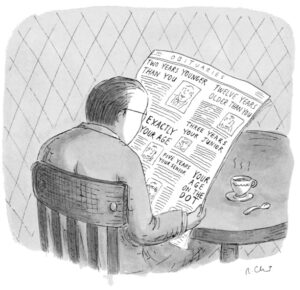