Destiny’s starting line can be hard to find; sometimes we need to borrow from someone else in our search. This is how I began to discover my own destiny.

It was May of 1970 and Joe Thomas was visiting Seattle raising money for the work of the Ecumenical Institute. I’d spent the previous summer studying in Chicago at Institute and I offered to be his “wing man” for the week. 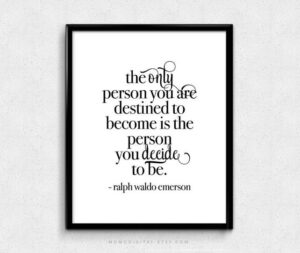 At the time my life was upside down. I was a university student involved in the anti-war movement. I had burned my draft card and was facing the very real prospect of going to prison.  A terrifying prospect. I didn’t know if Joe knew how scared I was, but it happened that he shared the story of his own great college adventure, giving me some sorely needed perspective.

Joe’s story had happened ten years earlier when he witnessed firsthand the birth of the civil rights movement while attending Huntingdon College in Montgomery, Alabama.

In his own words:

“In my junior year in a sociology course a group of us chose to write a paper on race relations. The subject was timely since Montgomery was in the midst of putting Martin Luther King, Jr, Ralph Abernathy, Solomon Seay, Jr., and Fred Shuttlesworth on trial for creating the bus boycott.

For our research we decided to watch the trial.  We sat down on the “Negro side” of the courtroom, since there were no seats on the “white side.” The judge went into an uproar, shouting to the bailiff to “remove those people from the courtroom.”  Then he declared a 10-minute recess.

We went out to the lobby and so did Martin Luther King, all of 28 years old. He lit a cigarette and walked over to shake our hands. We confided that we wanted to meet with some black students so he gave us his phone number to call and said he would set up a meeting.

I remember the Montgomery Improvement Association rallies. These were held on Monday nights and the site rotated between Dexter Avenue Baptist (King’s church), Ralph Abernathy’s church, and Fred Shuttlesworth’s church.

We were welcomed there and were led to the front pew for our protection. The only other white people sat in the back: State Police. King would preach.  And, oh my, would he preach!  He was tremendously gifted at talking to common folks and lifting them up. There is nothing more moving than a congregation singing “Negro spirituals” followed by King’s preaching.

At one of these meetings the church was surrounded by the Klan, who threatened to burn the church down. King instructed everyone to remain calm and continue singing. The police stopped the mob; meanwhile, we were quietly led out back doors to escape. I think it was several hours until the mob outside was dispersed.

In May of 1961 the “Freedom Riders” were coming to Montgomery.  I went alone to view their arrival and was traumatized watching them exit the bus to a violent mob who beat them with clubs while the police watched.  A primordial fear took over my entire being.  I stood next to a white woman holding a child. There was an old black man standing nearby and she grabbed the old man by the hair and told the child to hit him in the face.

This may be the closest to hell I’ve ever been. 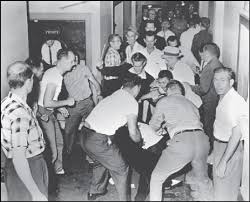 I hurried back to my dorm and locked myself in. Tears were flowing!  Around 10 o’clock that night I called the Dean of Students, Mr. Turner. He agreed to meet me in his office in 30 minutes. I told him I was leaving school and would not be back to take my exams (which meant I would not be graduating). Turner was incredibly firm and said, ”Joe, you will not make it to the county line.”  He then pulled out a Klan sheet with my mother’s license tag number. He swore it had been placed on his windshield that very day!

I went back to the dorm and waited until two or so in the morning and decided to run for it and go home.  This meant I had to come back for another semester to graduate.”

Here is how the Montgomery Advertiser reported on one of Joe’s college events.  December 15,1960:

Five male students have been reprimanded by the administrative staff of Huntingdon College for attending a Negro Institute on Non-Violence and Social Change at a church here on Saturday afternoon.

Charles C. Turner, Dean of students, said the five, Townsend Ellis, Bob Zelner, Joe Thomas, William Head and John Hill were restricted to the campus for their protection and for the protection of the College.

Tuesday the students were called before the full administrative staff of the College and given the choice of refraining from such activity or resigning.

The Dean pointed out the students did not break any law and were motivated by a moral conviction they held and which led them to activities which were in violation of administrative policies of Huntingdon College.

“Huntingdon College is attempting to be true to its traditional position as an institution of higher learning. The administration does not feel that activities related to racial agitation are a valid part of its program.” Huntingdon is supported by the Methodist Church.

Joe had his rendezvous with destiny.  His college experience launched him on a path and he has been agitating ever since.  The story he shared offered me the help I needed to find mine.

We have remained fast friends, and 50 years later we’re still agitating, but this time it’s to get to the finish line. 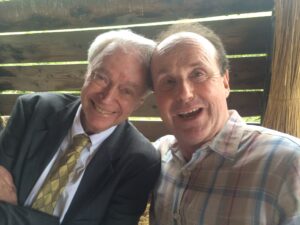